x
Home » Top News » How has FY19 been for MF flows compared to last year? 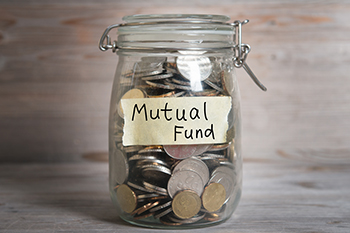 How has FY19 been for MF flows compared to last year?

As of March 2019, the private mutual funds accounted for nearly 80% of the total AUM.

Fiscal year 2018-19 (FY19) was marked by two diverse trends in terms of mutual fund flows. The equity fund flows continued unabated. In fact, the SIP flows (largely represented by retail equity flows), remained robust averaging over Rs8,000cr per month. At the same time, the debt fund flows had turned sharply negative post September last year when the IL&FS default and the crisis at Dewan Housing bonds left a lot of large institutional investors perturbed. So, what exactly has been the colour of MF flows in FY19?

The AUM as on March 2019 for the mutual fund industry as a whole stood at Rs24,48,328cr compared to Rs23,15,212cr in the previous year, indicating an overall AUM growth of 6% on a YOY basis. As of March 2019, the private mutual funds accounted for nearly 80% of the total AUM. The non-private AUM was largely dominated by SBI Mutual Fund. The net sales during the year stood at Rs2.43 trillion while the redemptions stood at Rs1.09 trillion.

Equity fund sales at Rs2.30 trillion were sharply lower than the Rs2.87 trillion that was seen in the previous year. This was largely on account of weak sentiments post September due to the weak rupee, high oil prices and the default by IL&FS. However, the real weakness in net inflows was visible in the income funds where the sales for the year were just about Rs5.50 trillion compared to Rs9.08 trillion in the previous year. The reason was redemptions in income fund after a series of downgrades. These downgrades were triggered by default on IL&FS bonds. On an overall basis, these outflows were more than made up by the inflows into liquid funds, which remained robust. Interestingly, there was some aversion to long period debt as even balanced funds saw their sales fall from Rs90,000cr to just Rs53,000cr. Investors appeared to have become sceptical about anything that showed signs of debt exposure. Interestingly, there was a doubling of non-ETF sales at Rs1,00,000cr, largely driven by CPSE-ETF sales of the government of India.

In the first half of the fiscal year 2018-19, the gross redemptions from income funds were nearly 30% lower than the previous year. However, due to limited demand for income funds in the second half, the year ended with nearly Rs1,21,000cr of net redemptions, which was almost compensated by around Rs1 lakh cr of net inflows in the full year. Net inflows into equity funds were nearly 35% lower than the previous year and that can be largely attributed to the introduction of long term capital gains tax on equity funds, which became effective from April 2018. That has surely reduced the retail appetite for investing in equity funds and that trend is visible in ELSS flows also. Net inflows into balanced funds almost reduced to a trickle from around Rs90,000cr in the previous year. That was because investors turned wary of the debt component of balanced funds.

Road ahead for Mutual Fund flows

The total AUM of the Indian mutual fund sector has touched $320 billion of which nearly $120 billion is accounted for by equity funds AUM. This is still extremely small by global standards when you consider that just two global funds (Blackrock and Vanguard) managed over $11 trillion between them. For the Indian MF flows to escalate to the next level, two things are essential. Firstly, India needs to avoid situations where FMPs are not redeemed on time as that is likely to hit sentiments on income funds. Secondly, the government needs to rethink on LTCG tax. If it is not contributing meaningfully to revenues but is killing equity MF inflows, then it is probably not worth it. That is food for thought!