x
Home » Top News » How India benefits from its removal from the currency monitoring list by the US? 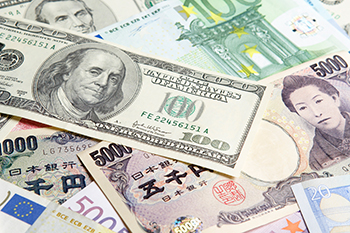 How India benefits from its removal from the currency monitoring list by the US?

US administration had decided to drop the names of just two nations India and Switzerland from the CML. Know more about India's removal from the currency monitoring list

In the midst of excitement around the elections and the second Modi wave, there was one more news item that attracted a lot of attention. It pertained to the removal of India from the Currency Monitoring List (CML) by the US authorities. The US normally puts countries on the CML when it has reasons to suspect that the country is artificially propping up its exports by weakening its currency. In the past, the US has accused a lot of countries of artificially weakening their currency. The more aggravated version is the classification of the nation as a “Currency Manipulator,” which has larger global ramifications for the currency.

Let us first look at what this removal from the currency monitoring list is all about.

It is actually a routine review by the US government


As part of the semi-annual exchange reported to the US Congress, the US administration had decided to drop the names of just two nations India and Switzerland from the CML. The US normally does this as a routine exercise with all countries that have a large trading relationship with the US. The list is intended to underline that the exporting country could be using means to artificially keep its currency devalued, thereby benefitting its economy. The CML currently includes marquee names such as China, South Korea, Japan, Germany, Italy, Ireland, Singapore, Malaysia, and Vietnam. While the removal or inclusion in the monitoring list does not have any immediate implication, the US normally uses this list to send a signal to the global markets.

Why India was first included and then excluded from the CML?


India was included in the list only in May 2018 as it had been heavily buying dollars then to weaken the rupee and boost exports.

The inclusion in the CML is based on the following three criteria:

What signal is the US trying to send through this move?

While it may be premature to draw any conclusions, the significance of the current move cannot be ignored.

Let us look at some key data points.
The US needs to maintain an upper hand in the trade war, and this moves fits in perfectly. Now, the onus is on Indian diplomacy to take this ahead. To begin with, India must ensure that the generalized system of benefits (GSP) are restored. That can be the first step!