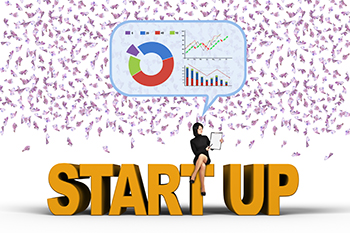 In the midst of all the market volatility in 2018, the start-up scene continued to attract funding, although the bulk of the funding deals were still restricted to ecommerce and related spaces. The total fund raising in 2018 by start-ups was almost flat at $10.5bn, slightly lower than the $11.2bn of funding for start-ups achieved in 2017.

While the mega Wal-Mart deal to acquire a controlling stake in Flipkart grabbed all the media attention, the start-up landscape itself was quite robust. The second half of 2018 with 571 deals was a lot stronger than the first half with just 411 deals.

In fact, the flows could have been much better had it not been for the Angel Tax scare (which we shall discuss in detail later). In a way, year 2018 may be called a mixed year for start-ups. On one hand, the number of $100mn+ funding was at an all-time high. On the other hand, early stage funding in the first half fell ~37% on a yoy basis.

One thing that stood out about Indian start-ups in 2018 was the surge in large deals between $100mn and $500mn. In fact, there were 15 such big ticket deals in 2018 as compared to just 7 in the previous year.

The table below captures the largest deals in 2018 (in terms of investment size) along with the investors, size, and the beneficiaries.

Essentially, it underlines the willingness of global venture investors to commit funds to Indian start-ups. Let us also look at the top 5 sectors in terms of the start-up funding allocation.

As can be seen, the bulk of investments have been in ecommerce-enabled services for the consumer segment, which is understandable in a consumption-driven market.

Angel tax and why are start-ups worried?

A disconcerting issue facing Indian start-ups is the confusion over Angel Tax. Here is what you need to know about the tax.  Section 56 of the Income Tax Act provides for taxing the entity that receives money from an angel investor. In the last few years, the government had taken some serious steps to encourage start-ups in India. One such move was to allow start-ups to avail tax concessions if the total investment, including the angel funding, was less than Rs10cr.

This is exactly where the conflict on the tax front has sprung up. As per Section 56, there is an additional provision that when a closely-held start-up company issues shares to an angel investor at a premium to fair value, the excess amount will be charged to tax as income from other sources. Since the fair value of a closely held company is often a subject of debate, start-ups have been worried that this Angel Tax may be used to hound them. The last word on this subject is yet to be written despite assurances from Mr. Suresh Prabhu.

While start-ups have managed to raise close to $10.5bn last year, the start-up landscape is nowhere close to being as robust as Silicon Valley, China, or even Israel.

First, the government is expected to clarify on Angel Tax and create an enabling environment for start-ups. Second, start-up learning is a big missing link in the entire story. Success stories need to be modelled and replicated, and this requires an institutional framework. Of course, considering that there are elections in 2019, start-up financers may also be keen to understand the emerging environment under the new government.