x
Home » Top News » IIP growth bounces marginally; but where are the green-shoots? 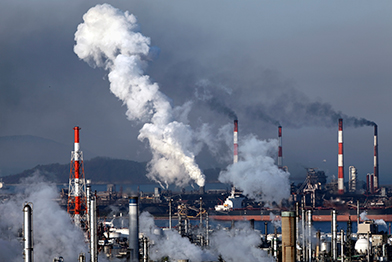 IIP growth bounces marginally; but where are the green-shoots?

For the third month in succession, the Index of Industrial Production (IIP) remained in positive territory.

For the third month in succession, the Index of Industrial Production (IIP) remained in positive territory.  That surely comes as a relief after the IIP growth was consistently in negative territory between August 2019 and October 2019. IIP growth for Jan-20 came in at 2%. Again, it needs to be remembered that this number came in the midst of a testing market. On March 12, the Sensex fell by close to 3000 points, the largest absolute fall in its history. Even as the Dow has lost 26% in a month, the Sensex also lost 23% in a month. It is in the midst of this market chaos that CPI inflation came in lower at 6.58% and IIP growth came in higher at 2%. That was some solace on a difficult day. What were the triggers for the IIP movement?

The 2% growth in IIP for Jan-20 reinforced the positive trend off the last 3 months. However, the overall IIP growth for the Apr-Jan period is only marginally higher at 0.50%. That is a clear indication that manufacturing has hardly shown any traction in the current fiscal. The 3 components of IIP all showed positive growth in Jan-20. For example, mining expanded by 4.4%, manufacturing by 1.5% and electricity by 3.3% compared to the previous year. However, the manufacturing segment has grown at just about 0.90% for the Apr-Jan period, raising doubts over the quantum of GDP growth that India can achieve in the fourth quarter of the current fiscal.

Out of the 23 identified industry groups, 11 groups showed positive growth, which in itself is an encouraging development. Among the gaining industry groups, manufacture of tobacco products showed a growth of 22.8% while base metals and furniture grew at 14.1% and 9% respectively. On the downside, printing and recorded media showed (-16.3%) de-growth while the manufacture of electronics and motor vehicles fell by (-11.6%) and (-10.6%) respectively. The last two sectors were clearly an outcome of disruption of supply chains in China due to the Coronavirus. Both, electronics and automobiles are heavily dependent on China for feeding their raw material supply chain.

Broadly, the impact of IIP figures on overall monetary policy would be limited. Of course, the RBI will continue to maintain an accommodative stance till the time IIP (especially manufacturing IIP) remains under pressure. While IIP has recovered, the Apr-Jan numbers still leave a lot to be desired. To that extent, the RBI and the Monetary Policy Committee will prefer to keep the stance as accommodative.

Would the RBI try to cut rates to boost growth? The RBI may prefer to leave that job to fiscal policy rather than try and use monetary policy to boost growth. In the last one year, the government has cut corporate taxes from 30% to 22% and also introduced a special 15% concessional tax for new manufacturers. As bank transmission improves, the impact of fiscal policy would be more visible on IIP growth.

Does the IIP display greenshoots of recovery?

The one good sign is that IIP has sustained in positive territory for 3 months in succession. But for green shoots, one needs to really at the manufacturing and services PMI.

The real greenshoots of growth are visible in the PMI Manufacturing and the PMI Services.  These monthly numbers capture the direction and momentum of manufacturing growth. Normally, 50 is the cut-off limit for PMI. Anything above 50 is expansionary and anything below 50 is contractionary. What is visible in the last 3 months is that there is a synchronized expansion in the PMI manufacturing and PMI services. This clearly indicates traction in purchases, inventory accumulation, production, sales and manpower recruitment. That is an extremely healthy sign and signals that manufacturing and services may be poised for a smart recovery.

Whether such a recovery actually happens will be contingent on the government policy and also on the emerging global scenario. At the current juncture, the overhang of the Coronavirus and the growth scare is just too large. Once the dust settles, we could see the PMI numbers providing the green shoots. That is when IIP could actually follow higher.