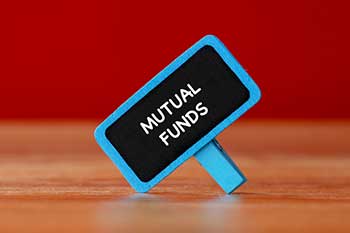 Impact of ‘Side Pocketing’ by mutual funds

Let us take a closer look at how side-pocketing by mutual funds impacts investor holdings in mutual funds.

Ever since IL&FS defaulted on its debt papers and sparked a liquidity crisis across various pockets of non-bank financers, side-pocketing by mutual funds has become a rampant term. Though the concept has become quite mainstream in the recent times, not everybody understands the idea and what it means for their holdings with mutual funds.  This framework was permitted by the regulatory authority to protect interests of the investors. Let us take a closer look at how it impacts investor holdings in mutual funds.

What is side pocketing in mutual funds?
The side pocketing is a framework that allows mutual funds (MFs) to segregate the bad assets in a separate portfolio within their debt schemes. In December 2018, Securities and Exchange Board of India (SEBI) introduced the side pocketing framework on the back of IL&FS fallout, which had failed in meeting its commitments to creditors and lenders, putting a lot of pressure on the net asset value of most debt funds that owned IL&FS group papers in their portfolio. Under this framework, SEBI allowed MFs to separate the stressed assets from good quality liquid assets in a bid to protect retail investors from the risky investments.

Though this framework was introduced by SEBI recently, the concept is not a new one in the Indian context. In 2015, JP Morgan was facing a potential default by one of its portfolio companies, Amtek Auto Ltd.  Amtek Auto was part of two of JP Morgan's funds. Initially, JP Morgan restricted redemptions in the funds. They separated their investments in the funds into 2 parts, one set of units contained its holdings in Amtek Auto (side-pocket), while the other set of units contained all its holdings apart from Amtek Auto, including cash reserves.  Thereafter, they lifted the restrictions on redemptions. Since then, SEBI has made redemption rules a lot more stringent. In 2016, SEBI issued a regulation prohibiting restriction of redemptions, except under certain extreme situations.

How does side pocketing work?
If a debt instrument is downgraded to default rating by credit rating agencies, then the mutual funds have the option to create a side pocket so that good assets can be ring-fenced. All existing investors in the scheme are allotted equal number of units in the segregated portfolio as held in the main portfolio and no redemption or subscription is allowed in the segregated portfolio. For example, if a fund’s NAV is Rs100 and one bond which contributes Rs10 to overall NAV has some credit issues, the fund house segregates the portion of that stressed assets valuing 10 from its total value. Now, Rs90 will be treated as usual but the rest Rs10 will be taken aside. Thereafter, the units (in the segregated portfolio) have to be listed on a stock exchange within 10 days to facilitate exit of the unit holders. Essentially, this helps price discovery of the bad assets, with investors having the freedom of either selling it at prevailing price or holding it if they expect the value to recover in future. Of course, the write off will still be taken but the side pocket ensures that short term traders do not make profits in distress at the expense of genuine investors who exited the fund. Funds normally write off 75% in case of distressed assets and any recovery from these toxic assets are directly credited into the side pocket account and paid back to the investor.

Few important points about mutual fund side pocketing at a glance

How does side pocketing impact investors?

How does it impact AMCs and fund managers?

Side pocket as a strategy is globally considered one of the best ways to protect the interests of the small investors in a mutual fund. However, this strategy is yet to take off resoundingly in the Indian mutual fund industry. Most MFs prefer to either freeze fresh inflows or impose heavy exit loads on the fund to impose a cost on fund traders. All things considered, adopting this concept would eventually result in the safety and smooth function of the fund where the investors would be saved from the undue panic and fund house will be prevented from getting undue advantage.