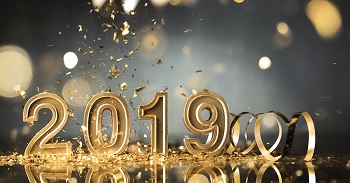 After a volatile 2018, the Indian economy and markets are ready to embark upon a tricky 2019. We call it tricky because there are a number of unpredictable variables that could impact markets in 2019. Some factors are global, while others pertain to domestic issues.

For instance, the 2019 general elections have acquired a new dimension after the recent state assembly results. The Fed has toned down its hawkish pitch but any growth revival could change the stance. Crude will be the big X-factor considering the larger implications for the INR and the trade deficit. However, a lot will also depend on how the trade war between the two largest economies in the world pans out.
Above all, considering that the next budget will be a vote-on-account, the RBI policy acquires great significance.

The economy and markets were baffled with the state poll results, and a lot has changed over the last couple of weeks after the verdict came out. The ruling NDA lost its three Hindi heartland bastions of Rajasthan, MP, and Chhattisgarh on December 11, and this has suddenly turned the tide for 2019 elections into an open contest. Assembly elections cannot exactly be extrapolated into national outcomes, however, these results have certainly put a question mark over the NDA wave in 2019 as well as the possibility of an unstable coalition.
However, the bigger worry lies elsewhere.

The theme of the losses in the three key states seems to be a combination of farm distress and lack of jobs. These could have two likely implications for government policy ahead of the elections. First, markets need to be prepared for more farm loan waivers and greater pressure on banks. The textbook MSP approach has not worked. Second, the government may look to devise methods to deliver helicopter money to the people which could put strain on the fiscal math. In short, it could be “Adieu Fiscal Responsibility” for now.

The Fed has already traversed over 200bps since it started to hike rates in December 2015. What would really be of interest to India is the statement by Jerome Powell last month that the US may become less aggressive on the rate hike path. This is largely because Powell sees some genuine worries for US growth from the trade war as well as the escalating fiscal deficit owing to corporate tax cuts.

For the Indian economy, a benign Fed policy is positive for two reasons. First, it does not put pressure on the RBI to hike the repo rate. This is to maintain the yield spread between the Indian and US benchmarks and avoid portfolio outflows.

Second, the Fed decision to go slow on rate hikes will put limits on the strengthening of the dollar. This will be positive for the INR and reduce the pressure on the trade deficit and equity markets by limiting outflows to an extent. If the Fed adopts a more calibrated approach to rates, as indicated by Powell, it could be a sentimental positive for Indian markets in 2019.

3. Trade War – Can China make an offer that the US cannot refuse?

The trade war began with the US imposing punitive tariffs on ~$250bn of Chinese imports. China retaliated with tariffs on $50bn of imports, but China can only do so much. The US runs a $500bn annual trade deficit with China and that has been the bone of contention. The US has alleged that China managed this with a deliberately weak Yuan, government subsidies, and the misuse of US intellectual properties. The problem is anything but intractable. China may have to offer more concessions to the US.

As is well-known, trade wars never go good for any economy. From India’s standpoint, the longer the trade war lasts the greater the risks. This is because a prolonged trade war could degenerate into a currency war and that could have deflationary consequences across the Asian region. This remains the singular big risk for India in 2019.

This is one variable that impacts most macro parameters in India from inflation to interest rates to trade deficit to current account deficit and the value of the INR. A recent study showed that a $10/bbl change in crude oil prices results in 55bps impact on CAD/GDP and 30bps impact on inflation.

The OPEC and Russia have collaborated to curtail crude supply by 1.2mn bpd Janurary 2019. However, a lot will depend on the trade war and whether it causes an economic slowdown.

The IMF has estimated that the trade war could reduce global growth by 30-40bps. The big casualty would be oil demand and if daily oil demand falls below the 100mn bpd mark, it could lead to a sharp fall in prices. India would be hoping that crude stays at current levels without any slowdown threats.

To begin with, the RBI may help the government bridge the budget deficit. It could either be another special dividend or a payout from the RBI capital. RBI may also be expected to bridge the liquidity gap in the financial markets as elections will only make the market tighter. Hence, RBI will need to ensure adequate flow of liquidity to banks and NBFCs. However, the biggest task that stands before the RBI is that it will have to weigh in for an ad-hoc budget.

Year 2019 certainly promises to be action-packed. How it all adds up remains to be seen!