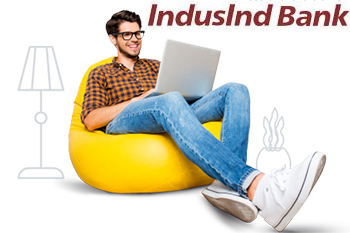 Stock of IndusInd Bank fell sharply in Monday’s session amid news reports suggesting that its microfinance subsidiary, Bharat Financial Inclusion (BFIL) had undertaken evergreening of loans. Reportedly, anonymous whistleblowers had written to RBI and IndusInd Bank management about evergreening of loans at BFIL. The term ‘evergreening’ means disbursing new loans to those borrowers who have not serviced previous loans. Post such evergreening, the said loans need not be classified as non-performing assets. Hence it becomes a win-win situation for both the borrower and the lender.

The bank, though, denied these allegations strongly. In an exchange filing, the bank stated these allegations as “grossly inaccurate and baseless”. It did disclose that “due to a technical glitch in May 2021, nearly 84,000 loans were disbursed without the customer consent getting recorded at the time of loan disbursement. This issue was highlighted by the field staff within two days and the technical glitch was rectified expeditiously.” As per the bank, such loans formed 0.12% of its total loan book as of September 30, 2021 and it has made provisions towards the same.

Though the bank is taking all the steps necessary to ensure adequate controls (including initiating an independent review), the bigger question is around its corporate governance practices. Why did the bank not disclose this development earlier? Besides, there will now be increased scrutiny around the functioning of BFIL and the bank’s monitoring of the same. Lending practices of microfinance companies have come under the scanner earlier as well owing to several instances of inappropriate collection practices, high interest rates, etc. IndusInd Bank is no stranger to such issues and has lagged behind in timely communication and adequate provisioning for doubtful debts (case in point being its loans to ILFS) earlier.

So far, most analysts have maintained their positive stance on the stock and believe these problems are more transitory in nature. The impact of these developments on the bank’s financials are likely to be immaterial given the small size of such loans (Rs. 34 crore) in its total loan book.

This development, though is yet to play out fully and might open a pandora’s box for the bank. In this backdrop, investors are better off adopting a ‘wait and watch’ approach before rushing in to capitalize on the stock’s fall.

The author of this article is Sheetal Agarwal, IIFL Securities