x
Home » Top News » Invested in debt mutual funds? How does the DHFL default affect you and what to do next? 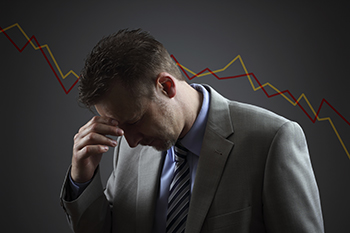 Invested in debt mutual funds? How does the DHFL default affect you and what to do next?

DHFL's delay in making interest payments and the subsequent downgrade has hit several mutual funds hard. What should you do if you hold these funds? Read on to know.

Just when the market was giving way to the bulls from BJP's massive electoral victory, the NBFC liquidity problem has D-street in its grips once again.

This time, it's DHFL.

On June 4th, DHFL failed to pay interest of ~Rs960cr on its NCDs. Following this, on June 5th, rating agencies CRISIL and ICRA downgraded DHFL's commercial paper to "default" grade, notches lower from the earlier A4+.

DHFL has conveyed that the interest would be paid within a 7-day grace period. The question is whether this will turn into a default and how it affects retail investors who are indirectly invested in these debt instruments via mutual funds.

To start with, this is not the first downgrade by rating agencies on the firm's CP this year. It is the fifth by CRISIL and fourth by ICRA, stressing that NBFCS may take more than a little while to come out of the shadows.

Ratings agencies maintain that the reason for the DHFL downgrade is the firm's inadequate liquidity position. The first CP of DHFL matures on June 7, 2019. According to Crisil, as on date, DHFL has insufficient liquidity to service its debt obligations, and there is little chance of timely fund raising which may lead to default.

So, how has the delay hit mutual funds?

This explains the drop in NAVs. But, to explain the magnitude of decline in NAVs, one needs to note that every time a bond's rating is downgraded, investors tend to redeem units, and debt mutual funds have seen massive redemptions over the 8 to 10 months. As a result, the exposure of mutual funds to bad bonds has kept on rising, and the DHFL event has caused a great decline in the NAV of such funds.


What is DHFL doing now on default?

DHFL has emphasized that this is only a delay and not a default. It is engaged in several fund-raising activities including the sale of stake in Aadhar Housing Finance for an undisclosed amount to Blackstone, which may come through this week, according to reports. Further, promoters may sell their stake in order to raise funds.

The company may also sell part of its portfolio to banks. In addition, it has received approval from RBI for the sale of Avanse Finance for ~Rs800cr to global private equity firm Warburg Pincus and the transaction is likely to be completed soon.

On Saturday, DHFL paid over Rs350cr crore to different investors, including Rs100cr to investors of CP, which was due for repayment on Friday.

Media reports suggest that some interest payments have also been made to investors of non-convertible debentures (NCDs), which were due earlier, but were delayed.

What can mutual funds do?


Mutual funds have been exploring the option of side pocketing, and some AMCs have decided to take this approach.

Side pocketing is a process where mutual funds separate the bad holdings from the good ones. While they continue allowing buying and selling of the good portion of the portfolio, the bad part is set aside in hopes of recovery for investors.

The other alternative is to wait and watch as to how the DHFL saga unfolds - that is, whether they will be able to make the interest payment within the stipulated time and whether there will be further defaults as expected by the rating agencies.

What can investors do now?


It is possible that DHFL's pain is only temporary and the company's ongoing efforts in finding a strategic investor may materialize soon enough, however, this could also take longer than anticipated.

Those individuals invested in the affected mutual funds may avoid panic and wait to see whether DHFL is being able to keep its head above water and more importantly, its immediate promise. Investors also need to closely monitor the situation over the next 2 to 3 months as a considerable portion of DHFL's repayments are due in this period.

It is not advisable to make fresh buys in affected funds at the moment despite the low NAVs, considering that the risk is very much real.

In fact, this incident may well serve as a reminder to investors that mutual funds are always subject to market risk, and debt mutual funds particularly carry credit risk. Therefore, investors seeking to invest in debt mutual funds must prefer schemes which hold high quality paper and issues of companies maintaining high standards of corporate governance.

It must be borne in mind that investing in these funds would require as much timely monitoring and due diligence as equities demand.