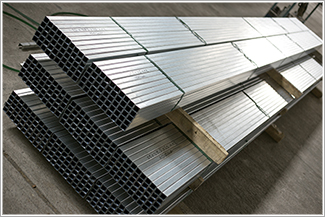 Nickel prices skyrocketed during the first half of this year, with prices rebounding from the low of US$13,900/ton during January to test the highs of US$21,625/ton during May.

Nickel prices suffered the most during 2013, with prices hitting a four-year low of $13,300. The beleaguered metal lived up to the image of a laggard, whereby supply remained at adequate levels and demand languished. However, the bulls came back in the reckoning this year. Nickel prices skyrocketed during the first half of this year, with prices rebounding from the low of US$13,900/ton during January to test the highs of US$21,625/ton during May. Prices were bolstered by supply side concerns emanating from Indonesia where export ban on nickel ore was intact for more than six months. The country levied these measures in order to compel miners to build smelters and process minerals locally. Chinese traders were finding difficult to source nickel ore, which was be manifested by the fall in imports.

However, the supply tightness has eased to an extent during the second half of this year after Chinese traders managed to source nickel ores from Philippines and in the process have counterbalanced the prevalent supply constraints in Indonesia. Philippine nickel ores may contain higher degree of impurities; however stainless steel producers have learned to live with it by mixing the lower grade ores with the higher ones. In addition, Chinese stainless steel producers have escalated imports of stainless scrap and ferronickel. China is sourcing material from suppliers in Brazil, Zimbabwe and Vietnam. Effectively, Chinese monthly imports of nickel ores and concentrates have increased during the past few months. China is reported to have sufficient stockpiles of nickel ore, which can probably last till the first half of 2015.

On outlook, we infer that Nickel markets are not as tight as the markets have factored in the prices recently. Although Indonesian shipments of nickel ores remain halted, several players have already started building smelting capacity in order to process the ores and export it in the form of refined metal or semi-products. This flow of metal will probably start at the end of 2015. In addition, the Indonesian government can have a change of heart as far as relaxing the export ban is concerned. The regime is aware of mounting economic pressures and losing market share to Philippines. The exchange inventory movement also does not convey any sign of tightness. In this respect, LME stockpiles have swelled by 55%, when compared with the levels at the beginning of this year. On demand side, there is no compelling argument which supports a bullish long term price tractor. With struggling stainless steel sector across the globe and deteriorating economic landscape in China, things are not persuasive enough for a sustainable bull run. We expect LME Nickel prices to move in the range of US$13,500-21,500/ton during 2015.