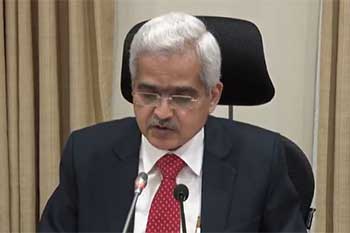 The MPC was obviously caught between the demands of growth and the concerns over higher inflation, and a 35bps rate cut appears to be a good compromise.

The third monetary policy of the FY2019-20 was presented by the Monetary Policy Committee (MPC) on 7th August in the midst of an interesting domestic and global macroeconomic milieu.

This week was not just about the economy, but politics too. The government of India just abrogated Section 370; making Jammu & Kashmir a Union Territory of India. Meanwhile, the finance minister has been fighting a tough battle sustaining FPI interest after an aggressive Union Budget. It is in this background that the Monetary Policy for August was presented.

Domestic retail inflation (CPI) had inched up in to 3.15% in the last few months on the back of higher food prices. At the same time, the IIP growth has been under pressure as has the GDP growth, which fell to a multi-quarter low of 5.8% in the March quarter.

The global scenario has been equally intriguing. The US announced another round of tariffs on Chinese goods last week. China retaliated by weakening its Yuan beyond the CNY7/$ mark, worsening the trade war. To add to the confusion, the price of Brent crude has been volatile as tensions have escalated around the Strait of Hormuz.

The following were the key highlights of the policy announcement.
What explains the stance of the MPC?
Ahead of the monetary policy, the markets were expecting an aggressive 50bps rate cut to unleash the animal spirits of capitalism (as Nirmala Sitharaman had put it). The MPC has partially obliged the optimists with a 35bps rate cut. According to the policy statement, there were too many imponderables at this point of time. Firstly, the MPC has kept the room open for more cuts in sync with the tipping point of revival in growth. Secondly, the bond yields are already down by 200bps from the peak of October 2018. US Bond yields have already dipped below 1.75%. Thirdly, the government has given a greater thrust to liquidity as a tool of monetary policy using rates as just a signal. In the past, liquidity has been more effective in bringing down lending rates. Lastly, with the government going slow on sovereign bonds, they would still depend largely on FPI flows into debt. That is why 35bps appears to be a good compromise.

Why 35bps rate and why not 50bps?
The MPC was obviously caught between the demands of growth and the concerns over higher inflation. The monsoons were 6% below the long period average (LPA) in the first two months. The total area sown under Kharif cultivation had been lower by 6.6% this year. However, since rainfall has been abundant in August, the RBI has preferred to hold at just 35bps to keep room for more cuts if inflation warrants.

As the MPC highlighted, even the growth signals have been conflicting. Consider these facts. While auto and tractor sales have been distinctly weaker, air traffic has seen a rebound after 3 months of contraction. While steel and cement have seen contraction, the PMI services spurted to 53.8 on fresh export orders. The MPC expects greater clarity by the October policy on these conflicting numbers.

MPC has gone much beyond rates on the policy front

Apart from the rate and liquidity signals, the RBI has unleashed a slew of measures as part of the statement on regulatory policies.
While the minutes of the MPC discussions will be published on August 21, the emerging stance should be much clearer in the next policy to be announced on October 4.