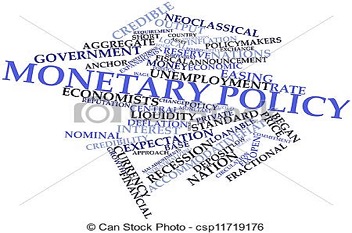 The minutes of the MPC meeting of May 22 were published on June 05 with insights into the observations of MPC members.

The last meeting of the Monetary Policy Committee (MPC) on March 27, 2020 had cut repo rates by 75 basis points. COVID-19 lockdown which began in the last week of March continued much longer than anticipated. As a result, June policy meeting was also conducted earlier. The minutes of the MPC meeting of May 22, 2020 were published on June 05 with insights into the observations of MPC members. MPC had cut repo rates by another 40 bps on May 22, pushing the repo rate to 4% and the reverse repo rate to 3.35%.

The 6 MPC members were unanimous about continuation of the accommodative stance of monetary policy and the need to cut repo rates. However, while five members were in favour of a 40 bps rate cut, Dr. Chetan Ghate voted for a 25 bps rate cut. As is the norm, the majority view prevailed and repo rates were cut by 40 bps.

The sharp fall in high frequency growth indicators was a key driver for another rate cut in May. Despite the growth imperatives, Dr. Ghate was of the view that the rate cut should be restricted to just 25 bps. Firstly, the RBI would reduce its policy leeway by cutting more than 25 bps since the rate cuts were unlikely to spur growth immediately. Also, the inflation expectations for the short to medium term hinted at a spike in inflation in the coming months. Chetan Ghate suggested that the RBI restrict rate cuts to 25 bps to keep policy options wide open.

Dr. Pami Dua – Economic activity must be the focus

Dr. Pami Dua agreed with Dr. Ghate that the deterioration in high frequency indicators like core sector, PMI manufacturing and PMI services were sharper than anticipated. It called for a combination of monetary and fiscal measures to be timed with “Unlock 1.0”. Dr. Dua was also of the view that since April inflation data was not available, policy will have to be dictated by the fact that inflation had fallen sequentiallyby 80 bps to 5.80% in March 2020. That justified a 40 bps rate cut.

While post-COVID revival was the underlying theme, Dr. Dholakia believed that the real challenge was real rates of interest in India. According to Dholakia, larger economies had moved towards zero or negative real rates but Indian real rates were still relatively high at around 1.6%. Therefore an aggressive rate cutting time table would be instrumental in pushing real rates in India closer to zero. Dr. Dholakia also cautioned that the fiscal deficit was expected to overshoot by 200-250 basis points in FY21. That would push bond yields higher. Hence aggressive cut in repo rates would be warranted to neutralize the deficit driven spike in yields. Dr. Dholakia also voted for a 40 bps repo rate cut.

Dr. Janak Raj – Investment demand could be a bigger challenge

Dr. Raj pointed out that there was a lot of debate on consumer demand pressures. However, the bigger challenge was the weakness in investment demand. The demand slump had resulted in excess capacity in sectors like autos and capital goods. Secondly, for investment demand to pick up, bank credit hadto be robust. Companies with weaker balance sheet are finding it hard to access funding. A chunk of the government spending has also been revenue expenditure rather than on capital outlays. Dr. Raj also voted for a 40 bps rate cut.

Dr. Michael Patra – Watch out for the threats to growth

Dr. Patra believes that the pandemic not only constrained growth but also limited the resilience of the Indian economy. This could put future growth could at risk and called for a more aggressive approach. Dr. Patra also pointed out that for the Rs21 trillion COVID-19 package to be effective, it would have to be accompanied by aggressive cuts in repo rates and abundant liquidity. Dr. Patra also voted for a 40 bps rate cut.

The RBI governor is required to vote only if there is tie but there was hardly any doubt about the need to cut rates. Das pointed to two factors which underlined the need for aggressive rate cuts. Firstly, weak growth was a global phenomenon and India would have to align its monetary policy to the world. Secondly, markets appear to have reconciled to GDP de-growth in FY21. While the first two quarters of FY21 could see a sharp fall in growth, focus of monetary policy should be on reviving growth in Q3 and Q4. In the light of improving bank transmission, Das also supported a 40 bps rate cut.

The August policy meeting will have additional data points on inflation, growth, global trade and the monsoons. For the economy, the priority will be to catalyze a growth revival in the post-COVID scenario!