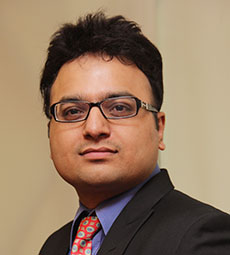 What the Finance Minister may do on Budget day?

The Union Budget 2016 would be a growth enabler, as well as one that adheres to the path of fiscal consolidation. We believe the Finance Minister will be in a position to balance both objectives of spurring growth and fiscal consolidation, by budgeting for higher divestment of holdings in listed companies, telecom and coal auctions to increase revenue and partly curtailing non-Plan expenditure. Any pick up in taxes will be gradual and linked to revival of the economy; therefore targeted disinvestments will be the key to boosting government’s revenue kitty.

To send across a feel-good wave among the middle class, Mr. Jaitley will go for a sizeable reduction in incidence of direct tax in some form; either raising tax slabs or allowing higher deductions. The probability of such a move has increased post the recent drubbing in Delhi Assembly elections. Simplifying tax filing and calculation could also be considered.

In order to promote the ailing manufacturing sector, we see excise duty to be kept unchanged at 12%. Capital goods and consumer durables likely be pleasantly surprised with some relief, especially after the government had decided not to extend concessional excise duty in December 2014. The rate of Service tax, on the other hand, is expected to be raised to 14%, partly moving towards the rational GST level in future. Custom duties may be tinkered for certain industries to support domestic sectors.

FM will likely take up expenditure side reforms that focus on building capital assets, lowering non-Plan expenditure and attempt more direct subsidies to reach the real beneficiaries. The drastic fall in crude oil price is a god-sent opportunity for the government to target a much lower subsidy level of 1.6-1.7% of GDP from 2.3% presently.

Besides manufacturing growth, measures for low-cost housing and kick-starting infrastructure development seem on the cards. Banks to be mostly given a larger leeway in project equity to support infrastructure projects. Urbanization and boosting financial savings in equities, mutual funds and insurance would be other attention areas.

The FM is mostly likely going to surprise global rating agencies with a fiscal deficit achievement of 3.9-4.0% versus the targeted 4.1% for the year. The Rs220bn money-raising from Coal India’s Offer-for-Sale and lower crude oil price would largely help the Government beat the target. Mr. Jaitley will mostly adhere to 3% fiscal deficit target by 2016-17.

From a stock market perspective, we fear that the Budget may fail to meet the hyper expectations built in. While the Budget will lay the foundation for strong economic growth, the market has built expectations, too tall to match. Many who await a big bang like the Budget of 1991 will be left disappointed. However, we remain upbeat from a long term perspective. The historic mandate to this government not seen in over 30 years, creeping acquisition of power at the state level offer immense hope that unified and rapid action on reforms will take shape. Coupled with building of macro-economic tailwinds, we remain confident that bull market is here to stay.