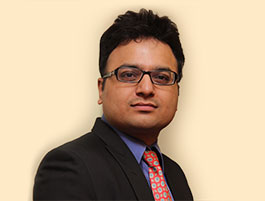 Sometimes, no bad news can be considered as good news. With none of the feared negatives making it in the Union Budget (no increase in time frame for long term capital gains or super-rich tax or hike in basic excise), it remained more of a neutral event in my view. I term it as neutral because in his second full term Budget presentation as FM, Jaitley had ample time to deliver a dream Budget – one that would have simplified taxation, guided on GST, reduced corporate tax by 1% as promised and cut on non-Plan expenditure. However, hardly any relief was given on direct tax (in fact there were some roll-backs for corporates), possibly due to only 6.6% revenue growth, which was half of the budgeted growth. Plan expenditure spend rose only 2% whereas non-Plan expenditure grew by 7.8% and the FM proposed doing away with the bifurcation - which is actually a good indicator for the government to evaluate its spending on both fronts - so one sees little gain in doing away with it. Even subsidies, as a percentage of GDP, have risen from 1.7% to 1.9%, due to higher jump in food subsidy. Perhaps, the political need of the hour prompted many socialist measures.


On the face of it, there’s nothing fundamentally wrong about the FM’s Budget that rests on not one, not two but nine pillars viz agriculture, rural populace, social welfare including healthcare, education, skill development & employment creation, infrastructure, financial reforms, fiscal prudence, tax reforms and ease of doing business.

Several measures, announced in disparate areas, promise positive yield in the medium to long term. Farmers and budding entrepreneurs have handsome takeaways, so does the bottom-end of the salaried class, which are all great news. The rural and farm sector allocations including MGNREGA, irrigation, electrification, crop insurance, interest subvention and cooking gas subsidies are laudable as they would make a difference to countless BPL families  across the length and breadth of the country.  Commitment to no retrospective taxation and measures pertaining to FDI, voluntary disclosure of black money, national rural digital literacy mission were among the other positives.

The silver lining, however, was that the fiscal deficit target of 3.9% was met and target of 3.5% has been maintained for FY17. This raises expectations of a rate cut from the RBI. The two other big positives are the Rs2 lac crore capital expenditure on roads and railways and continued flow of funds and autonomy from Centre to State (Share of states at 35% v/s 27% in 2014-15).

While many saw the lack of adequate re-capitalization of PSU banks as a negative, the other way of looking at it is, not wanting to throw more good money after bad. The government can always provide support whenever needed; in fact PSU consolidation or strategic sales as mentioned would be smart moves.

For the year ahead, the FM’s tax revenue targets largely look achievable. To meet his target of 3.5% fiscal deficit, Mr. Jaitley’s banking on collecting ~Rs30,000 crore from the amnesty scheme possibly, Rs98,000 crore from communication services and 25% rise in non-tax revenues. With a budgeted growth of 15% for Plan-expenditure and a lower growth of 9% for non-Plan expenditure, here’s hoping for a dream Budget next year.