x
Home » Top News » NSE IPO Saga: What has changed over the past 5 years 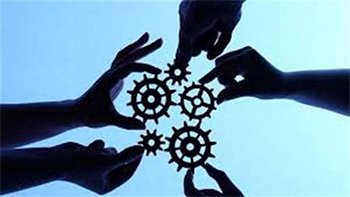 NSE IPO Saga: What has changed over the past 5 years

The road to listing the country’s premier stock exchange has been a long, unwinding one.

One of India’s leading and most profitable stock exchanges – National Stock Exchange (NSE) first set out to list itself five years back in 2016 (it first filed for IPO in December 2016, but news about the IPO was abuzz since June-July of 2016). Back then, Multi Commodity Exchange or MCX was the country’s only listed exchange and the concept of listing a stock exchange was relatively new for India. Understandably, there was widespread excitement around this development and NSE’s potential IPO was the trending topic of discussion. Everything- from the likely valuations, to the long-term wealth generation track record of globally listed exchanges, implications of potential self-listing and even impact of this listing on NSE’s closest peer- BSE were being actively discussed in the investment circles. Then came a major roadblock to this mega IPO – NSE got involved in the algo trading scandal. It was alleged that the exchange engaged in data theft and provided preferential access to its co-location servers to a select few. Keeping in mind this development, the then SEBI chief- Ajay Tyagi asked NSE to withdraw its IPO documents.

Developments around the scandal hogged limelight for the next few months and the IPO started to appear like a distant dream. In May 2019, SEBI framed charges against senior NSE officials and ordered the exchange to pay over Rs. 1,000 crore, which NSE contested with the Securities Appellate Tribunal (SAT). While the case continues in the courts, news reports suggest NSE is looking to refile its prospectus and can launch its IPO even as the case goes on.

So, what has changed over the past 5 years? Here are the key developments.

BSE became India's 1st listed stock exchange and was listed only on NSE (ruling out speculations around self-listing). Shares of BSE made a strong closing at Rs. 1,069.2, 32.6% higher than the issue price of Rs. 806 a share. The offering was subscribed over 50 times. Currently, the stock trades at ~Rs. 1,500 levels and has managed to give good returns to shareholders.

IEX, on the other hand, made a tepid debut on both BSE and NSE, despite the IPO being subscribed by 2.28 times. Shares got listed at Rs. 1,500 versus issue price of Rs. 1,650. The company recently announced its maiden bonus issue and has been growing from strength to strength owing to its monopolistic position.

With the listing of these two exchanges, and BSE in particular, there was increased awareness among investors about valuations and operations of exchanges and how these should be valued. A lot of questions which were being asked around listing of exchanges were being answered through these listings. This augurs well for NSE.

Over the past five years, trading platforms of both BSE and NSE have widened. The exchanges have launched several new segments such as sovereign gold bonds, SME indices, fixed income indices, commodity derivatives, among others. Both these exchanges also opened their own International Stock Exchanges at Gift City, Gandhinagar. There are several new product platforms that are in the pipeline for both these exchanges. These will act as incremental growth drivers for the exchanges and investors are closely watching developments around the traction and monetization of these new platforms. Simultaneously, both these exchanges have been raising digitalization and their own technological capabilities to serve the customers better and enhance the efficiency of their operations.

Back in July 2016, State Bank of India (SBI) had sold its 5% stake in NSE for Rs. 911 crore, valuing the exchange at Rs. 18,000 crore. At that time, analysts had pegged NSE’s valuations even higher at ~Rs. 40,000 crore. Circa 2021, NSE’s shares are valued at ~Rs. 1.5 to Rs. 2 lakh crore (trading anywhere between Rs. 3,300 and Rs. 3,500 per share in the unlisted market). BSE, on the other hand, commands a market capitalization of Rs. 6,91,000 lakh currently. The valuation gap could be due to the fact that NSE enjoys a monopoly in the equity derivatives segment with strong margins (EBITDA margin of 80%). Experts believe NSE could command premium valuations vis-à-vis BSE.

Currently, NSE is backed by marquee institutional investors including LIC, Aranda Investments, Stock Holding Corporation, SBI Capital Market Veracity Investment, among others. It remains to be seen which investors will look to pare their stake in the exchange through the upcoming IPO.

Reports of revival in IPO plans of NSE are likely to generate high investor interest. If the IPO moves ahead, NSE will join other high-profile IPOs (LIC) to hit the bourses in recent times.

The author of this article is Sheetal Agarwal, AVP-Content and Communication, IIFL

A Good day for markets