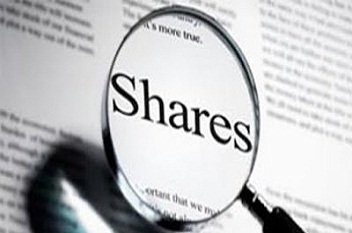 Here are some key takeaways.

Broadly, the changes proposed by SEBI in this paper pertain to the lock-in period, the pricing of the preferential allotment and the facility to pledge such shares that are under lock in. Of course, the final form of the recommendations are evolving since SEBI has solicited comments on the same. Here are some key takeaways.

When it comes to preferential offer of shares with a liquid secondary market, the offer has to be aligned to the market price. But the challenge remained about the time period to consider for arriving at average price. The current system is to use the higher of the below two variables as the base price.

There have been representations that the 26-week period was too long amidst rising volatility in the market and also considering the fact that the settlement system had evolved substantially since the rules were first formulated in 1994.

SEBI has suggested the following changes.

This also gels with the empirical observation that the post preferential price of the stock has generally tended to converge towards the 60-day average price.

When an independent valuation report will be required?

In the recent case of PNB Housing’s preferential allotment to Carlyle, there were objections by proxy advisors over pricing. Eventually, the issue was stuck in a legal battle between PNB Housing and SEBI, resulting in the deal eventually being called off. At that time, the need was felt for greater clarity on the pricing mechanism, especially in case of substantial stake sale above 5% or change of control.

In its consultative paper, SEBI has recommended as under.

• Any preferential issue resulting in change of control or which entails allotment of more than 5% of post-issue full-diluted equity, will mandatorily require an independent valuation by a registered valuer.
• SEBI has clarified that in case the AOA of the company mandates more stringent rules of valuation, then these rules shall circumscribe the SEBI regulations pertaining to valuation of preferential offer.
• SEBI has also stipulated that in case the preferential allotment results in change of control, then the report by the independent valuer must also include guidance on control premium. This was one more contentious issue in the PNB/Carlyle case.

These recommendations, if implemented in toto, would do away with the risk of undervaluation of preferential offers, as well as address the issue of control premium.

SEBI has suggested changes as under.

As per the extant rules, any promoter or non-promoter who gets a preferential allotment, cannot pledge the shares for raising funds during the lock-in period. There have been demands to permit such pledging as collateral in specific cases with specific regulated lenders. This is critical since most banks and financial institutions insist on pledge of promoter collateral for giving loans to the company.

In that light, SEBI has proposed that the pledge of lock-in securities be allowed if this is part of the terms of the loan sanction by a commercial bank, financial institution or systemically important NBFC. This will ease the pressure, especially on promoters, to a large extent.

Current regulations suggest that no preferential issue can be made to any person who sold or transferred shares of the issuer during previous 6 months. Also, the existing rules are silent about the eligibility of a company to make a preferential offer, in the case of statutory dues outstanding.

SEBI has recommended that the bar on preferential issue allotment be reduced from the current 6 months to 60 trading days, to align it with the valuation methodology for preferential pricing. Secondly, SEBI has also proposed that any company planning a preferential allotment of securities must have no outstanding dues to the regulators, stock exchanges and to the depositories.

These suggestions are likely to make the entire preferential allotment landscape simpler, more transparent and friendlier to issuers and investors.

What we read from September 2022 SEBI Board meeting