x
Home » Top News » Reliance at 10 trillion - Why is it significant? 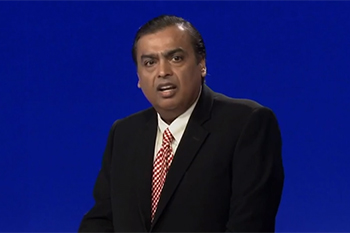 Reliance at 10 trillion - Why is it significant?

Here is why Reliance touching market cap of Rs10 trillion is significant.

On November 28, Reliance Industries (RIL) became the first Indian company to touch the market cap level of Rs10 trillion or Rs10,00,000cr, as we would call it more commonly.  Actually, TCS is not too far behind and could touch the mark soon. Also, HDFC Bank is pretty close to that mark. Global market analysts aver that at a market cap of $140 billion, Reliance still has a long way to go. For example, most of the large Chinese companies are much bigger in terms of market cap. In the US, there are 3 companies (Amazon, Apple and Microsoft) with a market cap in excess of $1 trillion. And when Saudi Aramco lists, it is expected to have a starting market value of $1.71 trillion. Despite these gaps in valuation, Reliance touching market cap of Rs10 trillion is significant for 3 reasons. Here is why.

It is one of the biggest wealth creators over 42 years

One needs to look at how Reliance evolved over the years. When Reliance Industries (then a textile company), came out with its IPO in 1977, it had a market cap of Rs10cr. From that point, the price of RIL has appreciated by 100,000 times over the last 42 years. What does that mean? It means that if you had invested Rs10,000 in Reliance shares in the IPO in 1977, it would be worth a mindboggling Rs100 crore in 2019. That effectively translates into annualized returns (CAGR) of 31.54% per year. We have not counted the dividends and if you keep an average dividend yield of around 1.5% for Reliance, you are looking at close to 33% annualized returns over the last 42 years. Wealth creation in India is normally associated with stocks like Wipro, Infosys and Eicher. Let us not forget that Reliance Industries has been the best advertisement for the equity cult in India. That is what makes this milestone for Reliance so significant.

The five year chart depicts the RIL price chart vis-à-vis Nifty (normalized to the base of 100). The real outperformance came in Reliance from late 2016. Over the last 3 years the outperformance of RIL over the Nifty is substantial (37% gains on Nifty versus 212% for Reliance). The market cap of Reliance Industries in 2016 was around Rs325,000cr. Effectively, 70% of the wealth accretion has happened in the last 3 years only. And that is the story of Reliance Jio.

When Jio was launched in 2016, it would have been hard to imagine the extent of impact. Over the last 3 years, smaller players in telecom have exited, the larger players have consolidated and ARPUs have been forced to a level where Reliance has a clear and apparent advantage over competition. It is this edge and positioning  that has led to nearly 70% of the total wealth of RIL being created in the last 3 years. That too, in an industry where most other players have been struggling to survive!

The former CEO of IBM had famously written that it is hard for elephants to dance; meaning large companies find it hard to be fleet-footed. To an extent RIL has managed evolution really well, notwithstanding its size. From textiles to petrochemicals to refining to telecom and the digital ecosystem; the journey has been almost seamless. That is, perhaps, what really makes the Rs10 trillion market cap milestone significant.