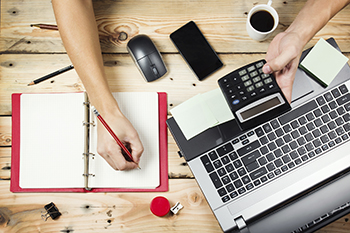 Recently, Flipkart hinted at an IPO in the US market through the SPAC route. There are others like ReNew Power and Grofers who are also looking at the possibility of listing in the US via the SPAC route. If you still have not heard of the word SPAC, then you are surely out of touch with the most talked about concept on Wall Street. We are talking about Special Purpose Acquisition Companies or SPACs for short.

What exactly are SPACs?

SPACs are special purpose acquisition companies, which can also be referred to as shell companies. SPACs raise money from investors through stock-market listings. The SPAC, by itself, does not have any core business. The very business of SPAC is to float a company in the US with the sole purpose of subsequently acquiring private companies to merge with the SPAC and help them to go public in complex IPO markets like the US.

SPACs don’t involve public presentations, roadshows etc. It is a closed-room deal between the SPAC, target company and large investors. Generally, SPAC is floated by experienced management teams with deep expertise in an industry. The founder retains about 20% stake in the SPAC with the balance 80% shares held by public shareholders via units offered in an IPO of SPAC’s shares. In a SPAC, founder shares and public shares have similar voting rights; with founder shares have the special right to elect SPAC directors.

SPAC deals are picking up and here is how

Experienced management teams prefer the SPAC route to take companies public. There are lesser regulatory hassles and is a lot quicker than a traditional IPOs. All that is needed is the SPAC acquiring the target company resulting in an automatic listing in the US markets. Once the target company merges with the publicly traded SPAC, it automatically becomes a listed company in the US markets without going through the elaborate IPO process.

What are the steps for listing a company through the SPAC route?

Typically, when a SPAC is formed, it either has a target company in mind or has a theme for investment crystallized. Based on the investment themes of SPAC, prospective companies can approach the SPAC or the SPAC approaches IPO prospects. The SPAC is under pressure to acquire targets as the proceeds of its IPO are placed in a trust account for 18-24 months. If the SPAC does not complete the merger by then, the SPAC is liquidated and capital returned to investors. That is why SPACs are in a hurry to complete the merger process.

Big names are lining up for SPAC listing

It is not just smaller companies opting for a SPAC listing. Scores of reputed names are also taking the SPAC route. WeWork, whose IPO failed in 2019, may adopt the SPAC route. There are names like Virgin Galactic, DraftKings, Opendoor and Nikola Motor that have gone public by merging with SPACs. There are interesting names lined up for SPAC listing. Butterfly Network backed by Bill Gates, DNA start-up 23andMe and Buzzfeed are all looking at the SPAC route for listing. Of course, from India, Flipkart and ReNew, and perhaps even Grofers, could be SPAC candidates.

Of course, there are critics too

One criticism of the SPAC route is that the due diligence process is not as rigorous as traditional IPOs. Also, there is a likelihood that the merger with the target could be rejected and that could pose a roadblock for a proposed listing. Experts have also pointed out that SPACs may overpay for a target company just to meet its timeline.  In terms of returns, SPAC returns have lagged IPO returns between 2015 and 2020. But, these are early days and what cannot be refuted is that SPACs surely offer a simpler listing solution.