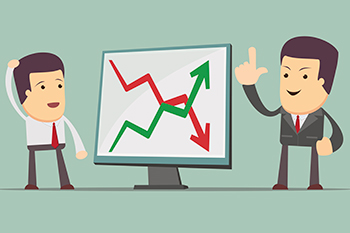 The first round of exit polls for the state elections in five states was out on Friday. A poll of the exit polls suggests that in MP and Chattisgarh, the Congress and BJP will be neck and neck. Rajasthan, as widely expected, will most likely bring back Congress in power, whereas Telangana is expected to see TRS stealing the show. Mizoram exit polls show Congress and MNF taking equal seat wins, and BJP, it seems, will have to wait some more to open its account in the state.

Of course, these exit polls often get it wrong as they are based on opinions from a sample of voters, however, they surely have an impact on the markets. Normally, state elections may not be very critical from a market standpoint, but this time, it is different. Here is why.
Let us look at three possible scenarios of the outcome and what it could mean for the markets:

Scenario 1: NDA sweeps MP, Chhattisgarh, and Rajasthan
This could be the best case scenario for the stock markets. This would not only imply a leg-up for the markets but also will be seen as a thumbs up for the recent economic reforms of the government. The NDA is not really present in Telangana, so they are likely to be happy with a TRS victory. In 2013, NDA won 165 seats in Madhya Pradesh compared to 58 for the Congress. More importantly, NDA had an 8.5% advantage in vote share. Hence, the Congress may find that hard to make it in MP as it will call for a huge swing. In Chhattisgarh, the Congress is yet to identify a suitable CM candidate to take on Raman Singh. Further, the Jogi/Mayawati combination may favor NDA.

The big question is for Rajasthan, where no party has made a comeback in the last 25 years. Early polls are indicating an edge for the Congress. While the markets will prefer a clean sweep in these 3 states by the NDA, even a clear victory in MP and Chhattisgarh and a narrow defeat in Rajasthan should not worry the markets too much.

Scenario 2: Congress wins MP and Rajasthan and Mahakutami sweeps Telangana
Mahakutami in Telangana is a combination of Congress, TDP, and smaller parties. Even in the euphoria of 2014, this combination had polled more than the TRS. This would be something to watch out for. The big upset would be if the Congress is able to turn the tide in MP. There is anti-incumbency in MP and farmer distress has been quite high in the state as evidenced by the Mandsaur protests. If the combination of Kamal Nath and Scindia manage to harness this anger properly, it could be an ominous sign for the markets. It will be a big boost for the proposed all-Indian alliance and Congress will become a much surer nucleus.

For the markets, this means that the current dispensation may be driven to a panic unwinding of reforms, and this is not great news for the economy. In this scenario, one would need to take precaution and hedge positions today.

Scenario 3: Rajasthan, MP, and Telangana throw up coalitions
This may sound like an extreme scenario but it is entirely possible. For the ruling NDA, it will not be as bad as scenario 2 as it will give them some breathing room ahead of the general elections. Further, NDA will be able to exert greater influence on potential UPA partners looking to form the grand alliance. Above all, NDA has the time to adopt course correction ahead of the general elections. Like the NDA learnt the rural lesson from Gujarat, it may have to address farmer distress on top priority. This scenario will be positive overall from a long-term perspective.

While short-term volatility may exist, smart investors must use this volatility to buy into quality stocks at reasonable prices.

For the final answer, we still have to wait until December 11 when the actual assembly results are announced. May we live in interesting times!