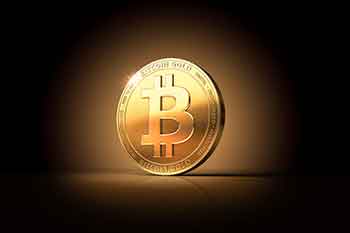 The new buzzword – Bitcoin – all you need to know

The world’s most famous cryptocurrency, Bitcoin, is widely known as a money-making machine as an investment in it multiplies in a few months or at times, within weeks. Last year, Bitcoin soared by as much as 190 times, making its owners millionaires. The market cap for Bitcoin ($199Bn) today is more than the cumulative wealth of the top two richest people in the world.

India has over one million Bitcoin users; the country accounts for almost 10% trading in volume terms, as per media reports. According to a recent report by PHDCCI, combined trading volumes in India could be in the range of Rs200-250cr per month. In India, there are 11 cryptocurrency trading exchanges identified by the government.

Bitcoin is used in worldwide payment system and is also the first decentralized digital currency. However, like any other asset or investment instrument, Bitcoin has also gone through different phases of appreciation and depreciation.

The year 2017 was a very dramatic year for Bitcoin. Here are a few highlights of the cryptocurrency’s journey so far:

Billionaire and well known investor Warren Buffett has warned that cryptocurrencies would have a bad ending and he would not bet any money on them.

Big companies like Microsoft and Dell are embracing Bitcoin as a payment option for their digital services.

A Japanese company is also planning to pay part of its employee salaries in Bitcoin.

Bitcoin may appear like a very profitable investment option to many, but the cryptocurrency market is very volatile and the risks associated with it are also very high. Following table explains the biggest falls in Bitcoin over the years.

From the above table, we interpret that Bitcoin has given a decent fall at regular intervals.

The average of the declines Bitcoin has witnessed between February 2011 and December 2017 is 37%. Further, the recent decline also hovered close to 37%. If you see the longer term chart structure, it has taken support at 61.8% retracement level of its previous up move from $5,393 to $19,858 levels. It has also recovered from a low of $9,231, forming longed legged Doji candlestick pattern. This week's sell-off tumbled Bitcoin below $10,000 for the first time since December. The charts indicate an upward movement or a possible reversal from current levels. On the other hand, the downward trend will continue. So, where will Bitcoin head from here, one will have to wait and watch!

Bitcoin makes moving money across the internet incredibly easy, but that ease comes with risks. You should stay away from these currencies if you don't understand the risks involved.

The government or Reserve Bank of India has not authorised any virtual currency (VC) as a medium of exchange. Further, the Government or any other regulator in India has not given licence to any agency for working as an exchange or any other kind of intermediary for any VC. Persons dealing in them must consider these facts and beware of the risks involved in dealing in VCs. RBI has also clarified that it has not given any licence/ authorisation to any entity/ company to operate such schemes or deal with Bitcoin or any virtual currency. The government also makes it clear that VCs are not legal tender and such VCs do not have any regulatory permission or protection in India. The investors and other participants, therefore, deal with these VCs entirely at their risk and should best avoid participating in them.