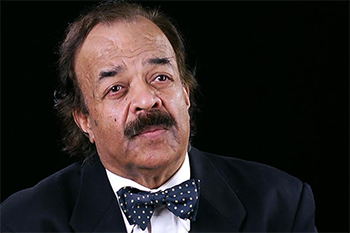 The world economy is passing through the eye of a needle and in most places appears barren or at a complete standstill. The global mindshare is seeking bold, clear and honest answers. The global age will neither wait for any nation nor will it all allow for the status quo… while major world events are unfolding as you read and brand new global shifts are upon us.


The Seven Dwarfisms of 2017 - no matter how insignificantly small or irrelevant they may appear, in fact, they are the most powerful and freely available global grassroots movements ever faced by the world; they are game changers helping other game changers; it makes no difference who accepts or denies them, it makes no difference who wins or who loses in this or that election. It makes no difference which economy or what country, but the fact remains that a powerful global age has already arrived and only those who are part of it are extremely aware of its hyper-acceleration and positive progress. While for the rest as spectators, it matters not what they think or do. It’s clearly distinct now; the winners and losers of the new global enterprise games will line up in their respective queues. Cavemen were shown no mercy and were forced to accept the wheel.

Self Mastery: The following Dwarfisms are the hidden powers that allow us to freely deep dive and seek out ‘self-mastery’ because there is no other help along the way.

TRUMPIZATION - As an example of new global realities, in a quest for clarity and in search for brutal truth, a brand new style of open dialogue with bold new vocabulary is emerging around the world. As a principle rule, on the deathbed, doctors are to speak only the truth and not politically correct rhetoric. Trumpization has opened up a new American Dialogue to replace the daily issues coated with mumbo jumbo laxatives and ‘dog whistle sound bites’ used as depositories, but now the masses seek strong and honest leadership capable of flushing and capable enough to handle the truth. Woodstock liberated America towards a new counter-cultural revolution and Trumpization is another such major step. National debate demands that major issues should be stripped naked in open public to allow intelligent and rational advancements to enable differentiation from the symphonies of dogmas orchestrated by fundamentalists. The world biggest event of the new millennia is now the US Elections. US the bastion of freedom of speech and voting, has escalated elections into multi-billion dollar, multi-year realty shows. Trumpization is a great American story of freedom of speech and entrepreneurialism. No other experiment of human endeavor in history has been as successful as America. Best study the US Elections deeply a test event on the new global age grounds.

LATERALIZATION is the art of mental compartments sometimes knowing the difference between ‘hard asset centricity’ and ‘soft power asset management’. The questions becomes, why all over the world current factories and plants are often so stuck on ‘hard asset centricity,’ and demonstrate their fears on ‘soft power asset management,’ while something opposite emerging in developing economies. The world of commerce is a sophisticated war of innovative excellence and those well trained, armored gladiators have the chance for dominance while the rest are spectators in the crowd. The global age is moving forward leaving a dust storm in its path.

VIRTUALIZATION is the next mega phase of innovative morphing of real ideas with human imaginative forces while watching crystal clear images. Imagine being inside an action movie, conference or sports event. Imagine standing on a trading floor of a commodity exchange or a bull run; now imagine doing all of these events on the same day. Some of us think this is Cyber heaven, while others defiantly think it is cyber hell? When you think of social media, are you in a real social-media-heaven or anti-social-purgatory? The world’s next biggest thing since the iPhone is the VR Headsets which opens yet a new universe. You can travel and walk around the world while lying in your bed. You can climb every mountain and virtually touch every star. You can meet people and attend events that seemed impossible yesterday. You can interact in close real living color encounters with 100 million entrepreneurs of the world and explore a new universe of brand new billion business opportunities. More than 50% are women owners. Such are the next global age revolutions.

TRILLIONIZATION lets non-stop printing of unlimited money burn itself out. Once society becomes immune to the trivialization of the trillionization of national debts the sound of the term trillion will become sweet music to the ears and a comforting pillow for the citizen’s consciousness to sleep on. Who will care how many or how many dozens of trillions are wasted as new debt as long as it rhymes with some illusionary hip hop beat. The new questions will be, do you have the latest new tools, the language and image to present your business plans or would you prefer to present in sign language? Success will come when we understand the subject deeply; become good at creating grassroots prosperity to activate economy with clear vision and brave enough to implement that vision. Debate and differentiate between creating mountains of fake currency and debts or train armies of real entrepreneurs?

DOMAINIZATION is the ownership of a global name identity with a totally undisputed ownership status. A serious business without a solid and exclusive global name is like a dull joke in search of laughter. Global understanding of domain name management and naming architecture skills will be where all the battles of social-media-searching and customer acquisition will be headed. The most critical issue is to get ‘respectable global mindshare’ and cultivate globally workable names with right meaning and association. This is not an easy task. Only well balanced and truly protected name holders will be allowed to play the superior games on global commerce. Take the time to study deeply how to build a single exclusive global name identity ownership and follow that goal with the highest standards. Take a test right now.

GOOGLELIZATION secures the keys to your free globally connected office. Google has given everyone on the planet a free world’s largest office. This extraordinary platform only needs a smart occupant. It’s time to become a Google expert and find all the possible options to build strategies around its access and services. Set up your global office today. Think deeply, act wisely, and grab the keys; enter boldly or lock yourself out.

MINIATURIZATION is the art of becoming so light weight that levitation becomes easy for you. Every complex procedural issue of every complex and valuable organization, along with all of its structured paraphernalia, is passing through the eye of the needle. The miracle is that when it comes out on the other side, it is already morphed into a few digital clicks in the clouds. The marvel of miniaturization is shrinking entire office buildings that were once filled with bureaucratic procedures and turning them into signal digital buttons.

The tools for all such transformations are already available.

Beneficiaries: the global age savvy and global age execution experts. There is now a new rhythm and tempo to work and those extremely comfortable are also extremely happy about the unfolding of such metamorphisms.

Enemies: Institutional bureaucracies and incompetencies caught in the races of progressive advancements and old systems incapable to face the heat.

Adjustments: Create new armies of powerful entrepreneurs; there are some 100 million restless entrepreneurs in search of better quality of life, safety and respect for them and their families. There are nations open to such entrepreneurs. Smart nations are the ones that will allow under special visas programs large numbers to land in the country and mobilize nouveau entrepreneurialism on large massive scale and create massive grassroots level prosperity. Study Expothon Strategy and test as a major solution to bringing grassroots prosperity in your regions.

Create marathons of quadrupling exportability & innovative excellence…
Power Questions:
Is your region blessed with 1000-10000 high potential talented entrepreneurs with ownership of high potential enterprises anxious to reach upper stratosphere of innovative excellence by transforming into global age thinkers and executioners? Are there senior level executives in need to deeply appreciate global age entrepreneurialism? Is the National leadership ready to recognize such optimized and hidden entrepreneurial talents as the biggest and most timely assets of the nation?  As a national agenda, is the local or national leadership ready to engage and debate with world-class though leadership such crucial prosperity and job-creation topics at the highest level and share openly with the nation?

The author Naseem Javed is Founder of Mentorian Worldwide and Expothon Strategy.