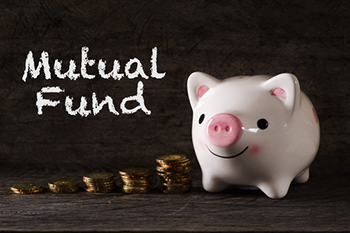 Themes that caught the fancy of Mutual Funds in 2019

For the first 50 weeks of the year, large cap funds generated average returns of 10.6% on regular plans.

After 2018, the year 2019 was again a year when the large cap equity funds struggled to outperform the Nifty benchmark index. For example, the Nifty has given a return of around 14% in the first 50 weeks of calendar year 2019. If you add up the dividend yield of 1.25% on the Nifty, the index would have ended with Total Returns Index (TRI) of 15.25% for 2019. How does that compare with the performance of large cap funds and other categories?

Once again, you may have been better off staying in index funds or better still (index ETFs). Consider the numbers. For the first 50 weeks of the year, large cap funds generated average returns of 10.6% on regular plans. Even if you consider the 100 bps advantage in a direct plan, it is still woefully short of what you could have earned in an index fund or an index ETF. In the large cap category some funds like Axis and Mirae managed to outperform the Nifty with returns of 16-18%. However, these returns came at the cost of higher portfolio concentration and so in risk-adjusted terms they would still underperform.

Hybrid funds actually did better in 2019
Between January 2019 and October 2019, the RBI cut repo rates by 135 basis points. Normally, bond prices move inversely with interest rates and hence the debt component of hybrid funds did extremely well in 2019. For example, hybrid funds like BNP Paribas Substantial Equity Hybrid Fund and Motilal Oswal Equity Hybrid Fund earned more than 16% during the year. On an average, equity hybrid funds earned in the range of 12-13%, doing one step better than equities during the year. However, with interest rates close to a 16-year low, further price upsides on debt could be limited. That could be the story for 2020.

Big themes that mutual funds invested in 2019
There was little by way of surprise. With a 40% weightage for financials in the Nifty and a 21% return YTD, the Bank Nifty was clearly the star. In fact, it was the Bank Nifty that held up the Nifty overall.  Of the top-10 most bought stocks by mutual funds, 6 were banks and all of them private banks. Most mutual funds saw value in ICICI Bank and Axis Bank after the correction in the stocks last year. Of course, ICICI did not disappoint with near 48% YTD return. Other banks like HDFC Bank, HDFC, Kotak Bank and Axis also offered above average returns to mutual funds during the year. The other big stock (outside of banking) that buoyed mutual funds during the year was RIL; with a whopping 38% return.

However, there were some disappointments too. Mutual funds aggressively bought into stocks like L&T, NTPC and ITC but these stocks ended up disappointing investors. L&T took a big hit after order cancellations in the states of Andhra Pradesh and Maharashtra led to concerns over order book growth. Like L&T, NTPC was also a disappointment with the power sector revival continuing to be plagued by erratic coal supply. Most mutual funds had bet that the valuation differential between ITC and Hindustan Unilever would narrow during the year, but it only widened. The sluggish growth of FMCG business at ITC and the fear of penal GST on cigarettes, kept the pressure on the stock.

Big themes where mutual funds sold out in 2019
Year 2019 was not just about adding banks but also about exiting some of the troubled positions. Mutual funds had exited Tata Steel, UPL and Maruti in a big way during the year. Tata Steel was one of the worst performers during the year with (-16%) returns as weak global demand and delay in the trade deal led to negative sentiments surround metal stocks. Dumping of cheap steel from China only worsened the sentiments. UPL has been under pressure since its Latin American acquisition on concerns over unsustainable debt. Maruti was also an obvious sell story for MFs due to month-on-month fall in auto sales.

Among the big gainers that mutual funds sold out were Titan, Muthoot Finance and Info Edge. While Titan did well on the back of its retail brand, Muthoot Finance ended up being a proxy for buoyant gold prices. In a nutshell, mutual funds must thank the Bank Nifty and Reliance for helping them do well during the year. Kurtosis in markets is at an all-time high with most of the Nifty returns being concentrated in just a handful of stocks. Mutual funds needed to diversify to spread risk but that also meant lower returns compared to passive funds. That was the dilemma of 2019. Year 2020 may not be too different!