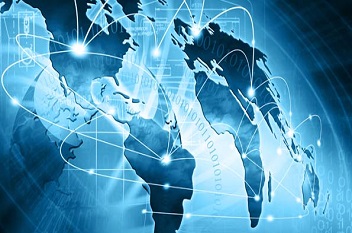 Be aware of these matters in advance can help investors prepare their trading and investment strategies.

Events that take place in a country influence the trend of that nation's stock markets. These events may be political, financial, commercial, or civil in nature. Be aware of these matters in advance can help investors prepare their trading and investment strategies.

Karnataka held its state elections earlier in May, while other important states like Madhya Pradesh, Rajasthan, and Chhattisgarh will hold them later this year. If the election results are in favor of the ruling party, it would have a positive impact on the stock markets.

On the contrary, if the Opposition wins, the stock market may endure a negative impact considering the uncertainty in governance that will follow.

With the Indian inflation rising, the RBI might impose corrective measures to curb it by controlling liquidity or by increasing the interest rates. This action can be detrimental for the economy and the ruling government. Higher inflation will cause a rise in stock market prices resulting in a financial crunch.

India is a country that is still significantly dependent on its agricultural revenue. Hence, monsoon would be a deciding factor. Nevertheless, agricultural prices still face a decline even in cases of bountiful harvests. The government, in its recent Union Budget, implemented steps to price all kharif crops at cost plus 50% return to raise the income of the agricultural sector.

The implementation of demonetization and the Goods and Service Tax (GST) has brought significant growth to the economy. As the per the quarterly report, there has been a rise in investments. An increase in employment could also lead to an impact on the stock market.

Collection of taxes is an essential source of revenue for the government. If tax collection is very less, then the government will need to borrow the deficit amount. This borrowing will lead to a rise in the interest rates. According to financial experts, the government’s financial position will get clear by mid-2018.

The price of crude oil plays a significant role in the government budgeting. However, the drawback of crude oil is that its price cannot be predicted. If there the price is too high, the government has to cut back on taxes levied on the consumption of petrol and diesel to minimize the losses of the common man. This action will result in heavy losses for the economy.

Changes brought about by developed countries have indirectly helped many countries to profit. For example, countries that produce unique commodities have benefitted from the price gains. Equity markets are also witnessing robust growth in the Indian economy due to increased investor awareness. A fall-out in these factors will have a negative impact on the stock markets.

The liquidity of the global bond markets is gradually decreasing as developed countries impose stricter policies in the bond market and halt circulation. The withdrawal of monetary support will have a negative impact on interest rates and will result in a liquidity influx in the financial markets.

Brexit is a major event that can cause a potential impact on the stock markets. Even though the public voting for removing Britain from the Euro countries has taken place, Britain is yet to find ways to steady their economic growth and minimize the impact on the economy. The British economy is tied to economies around the world. A negative or positive outcome is sure to affect all other economies, and it will take many years to align with the result.

However, though it is possible to predict some of these events, their impact on the world cannot be predicted. It is to better to be prepared for the future and make the wise decision of applying techniques to safeguard one’s investment against uncertainties.