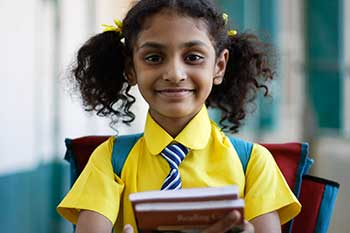 This blog is inspired by two separate pieces I read recently. One is the latest issue of the Economist which has a very interesting take on the education standards/ methodology in Singapore. The other is a tweet where political parties including BJP and Congress are objecting to Karnataka Chief Minister Sri Kumaraswamy’s policy to adopt English medium in around 1000 government schools. In fact, Kumaraswamy humbly acknowledged that he hesitates to speak in English because of fluency issues and fear of grammatical errors.

Education may be the most powerful weapon to change the world but the need of the hour or rather the need of the nation is to have it in English. This does not mean local language should be given less importance. That can be picked up at home and partly in school, but English is something that should be encouraged and to do or not to do should not be a question at all. The movie English-Vinglish where late Sridevi struggled but later gained her self-respect after picking up English may offer inspiration too.

When it comes to the education system, Singapore is rated among the best. A hallmark here is emphasis and investment on the quality of teachers. Teachers are well paid and well trained, and the success has led to the Singapore model being studied by all.

In sharp contrast, the Indian education system is struggling. Not only to keep pace with rising demand but also in terms of quality and delivery. The political class has not thought it wise enough to invest in education.  Concrete plans for education in terms of vision or policy is not really visible yet.  The lack of ability of state governments to invest in education, the rise of local language guardians without long term practical approach and the debacle of certain listed education sector stocks have all added to the confusion regarding the future of this sector. The same story is seen in primary healthcare too but thankfully that seems to be getting more private participation and thought leadership from experts.

Singapore like India had a jobs first approach to education with a fixation on medicine, banking and civil service jobs. This was no different from the time when I was in school where engineering, CA and medicine were where all roads led. They have moved beyond and are now thinking of equipping children with skills to survive in the modern age where many jobs will be automated. An interesting extract of Yuval Noah Harari's 21 Lessons for the 21st Century, which says the best skill to teach children is reinvention. But I’ll discuss that another time.

Singapore is now teaching children on how to get competencies for 21st century jobs in a services economy and lead contented lives. The Education Minister has a vision for the sector. He has hired career guidance specialists to counsel children and push students to sectors other than banking, civil services and medicine.

Sadly, India which is plagued with joblessness and crumbling education infrastructure, is still debating whether we should teach in English or not.  I am shocked to see the political class is not willing to invest in English.  I understand if the leader says that English will be replaced with Mandarin, given the rise of Chinese economy. If that be the case, then I will support but to deny students English is akin to a sin. All politicians who object must declare which school their own offspring go to. Sure, many may be studying in English medium International schools.

Anurag Behar, Mint columnist who writes about the state of primary education, talks about a very few good men / women are fighting hard to make a difference. In IIFL through, Sakhiyon Ki Badi, our CSR initiative we are doing some work in Rajasthan on girl education, but that is barely scratching the surface.  Some private sector universities like Ashoka are also doing great work.

Ronald Reagan once said that the nine most terrifying words in the English language are, ‘I’m from the government and I’m here to help.’ Contrary to this, Aam Aadmi Party’s (AAP) investment in improving Delhi’s public schools is very encouraging. Reports state that teachers and principals of Delhi government have been sent for training to Singapore and Finland to learn from these countries pioneering teaching methods. If AAP wins one more term, I am sure other political parties will try to replicate the success.