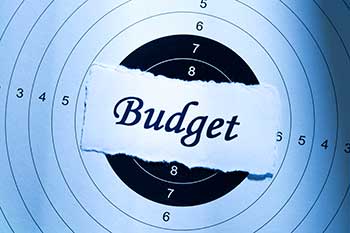 Union Budget FY2019-20 may be an interim budget but it is likely to be an extremely significant one. By avoiding the vote-on-account, the incumbent NDA government has signaled that the budget will be a serious statement of intent.

We expect the following five findings to impact the Budget FY2019-20.

Helicopter money works better for farmers
Helicopter money may be a slightly brash word and direct benefit transfer (DBT) may be more euphemistically appealing. But the bottom line is that the Indian farmer can expect freebies in this budget. A figure of $35bn is already being bandied about as farm rescue package. The real story to watch will be the methodology of delivery.

Farm loan waivers and MSP (marginal support price) do not have the requisite impact on farm incomes and the budget may plump for the Telangana Model. The TRS government has provided Rs4,000 per acre per season as direct cash support to farmers. Odisha and Jharkhand are replicating this model and the NDA may follow suit.

Conservative estimates by CLSA peg the direct farmer support at Rs70,000cr. The impact is likely to be immediate with limited leakages. Also, it will benefit all farmers and not just the landed farmers.

GST shortfalls need innovative solutions
By conservative estimates, the government is expected to fall short of its GST annual revenue target by Rs1 lakh cr. That is a big gap to fill and a healthy growth in direct taxes can only bridge a part of this gap.

The budget is likely to take crucial decisions on two aspects of GST.

Firstly, there could be a decision on a phased extension of GST to oil and oil products. Secondly, as is evident from recent GST Council meetings, the government may look to simplify procedures for small businesses and tighten compliance for larger businesses. That is likely to be more productive.

LTCG tax is not a great revenue booster
Revenue numbers from long-term capital gains (LTCG) tax on equities are awaited but past experience shows that it has never been too productive. Securities transaction tax (STT) is simpler and straighter and generates $1bn per year. Budget 2018 targeted five times that amount from LTCG tax on equities, an ambitious target. Due to loss farming and profit splitting, LTCG tax is hard to rely on. In a shift, the government may look to scrap the LTCG tax on equities to avoid the procedural hassles. At the very least, it may begin by granting the benefit of indexation!

Disinvestment needs to be real to be meaningful
As against the disinvestment target of Rs80,000cr for 2018-19, the government achieved only Rs32,000cr till the end of December 2018. If you remove the mandated cross-holdings, the actual number will be much lower. The budget may take a serious look at the practice of hiving off debt as off-balance sheet items. After all, it still impacts the way FPIs and ratings agencies look at India’s sovereign risk.

RBI must contribute, and why not?
The government has been eyeing the RBI’s reserves for quite some time now. As per the latest RBI balance sheet, the central bank holds close to Rs9,60,000cr in surplus reserves. Of this, Rs7,10,000cr is represented by revaluation reserves, which cannot be used unless the assets are sold and the profits realized. That may be unrealistic. What the government may look at is to partially draw down upon the balance Rs2,50,000cr held as a contingency reserve. Budget 2019 could make a start in this direction.