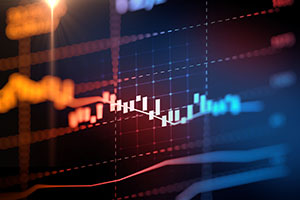 History has shown that no market is insulated from global events. When Lehman Brothers went bust 10 years ago in September 2008, the contagion spread across the world hitting even the strongest of economies. Indian markets were not spared either and saw deep cuts. This serves as a significant example of global themes impacting Indian markets in a big way. Prior to this, the Gulf war in the 90s and the technology meltdown in the US in 2000 knocked the Indian economy hard. Over the last few years, the inter-linkage has become a lot stronger.

But, how will this impact India?

First, though the tariffs are aimed at China, it impacts countries such as India because Indian exports to the US are not exempted from penal duties. Second, the trade war is likely to lead to compression in industrial demand in the US and China. When demand in the US and China contracts, we are talking of a base of nearly $30tn. From metals to consumer goods, everything is likely to be affected.

Keep an eye on the dollar index 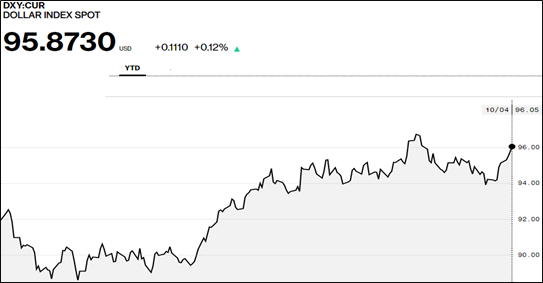 The Bloomberg Dollar index shows a clear uptrend since the beginning of this year. This is due to a mix of higher GDP growth in the US, lower unemployment, and higher inflation. These 3 factors have led the US Fed to adopt a hawkish stance and higher rates are making the dollar stronger. A strong dollar is negative for the Indian rupee. While a weak rupee does benefit specific sectors like IT and Pharma, the big impact hits in the form of higher inflation through imported crude oil given that oil is paid for in dollars. Import-heavy sectors and companies that have high external commercial borrowing also take a beating in the backdrop of a strong dollar. Further, a strengthening dollar means that FPIs are keener to adopt a risk-off trade, rather than risk their money in emerging markets.

How the crude oil basket pans out

In the Indian context, this is perhaps the most important global trend that needs to be tracked. Check out the Brent Crude chart below: 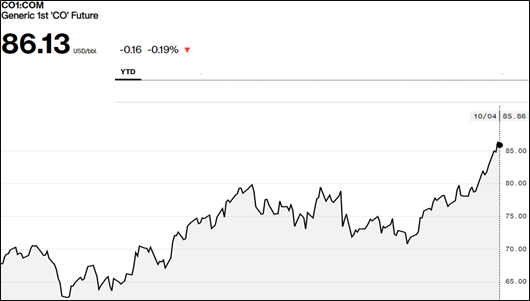 The big story of the year has been the sharp rise in the price of Brent crude. From a level of around $63/bbl in the beginning of the year, the price of Brent has gone crossed $86/bbl on the back of higher demand and supply constraints. The Iran sanctions from November are likely to worsen the supply situation of crude oil. India is already running a monthly trade deficit of around $18bn and at this rate, the current account deficit (CAD) may get closer to 3% of the GDP by the end of the year.

Global oil analysts are already talking about $100/bbl prices and at the current momentum, it does seem plausible. For India, higher crude prices will mean higher imported inflation, because India imports ~80% of her daily oil requirements. It also means a higher trade deficit and CAD; both of which can put (and are already putting pressure on the INR). Normally, CAD beyond 3% also has an impact on the ratings of Indian paper.

A lot is spoken about global rates but very little is spoken about global liquidity. Actually, liquidity is a lot more important. In the latest Fed policy announcement, the Fed has already withdrawn the word “Accommodative” from its forward-looking statements. This means the Fed may actually begin to wind down its $4.5tn bond book. The other three major central banks, Bank of Japan, Bank of England, and the European Central Bank hold ~$7tn worth of bonds between them. If the liquidity were to get reversed in all these places, there could be a major impact on the liquidity in global markets. We saw briefly in 2013 how Indian markets fell vertically when the US Fed stopped the fresh issue of bonds. Unwinding will actually suck out liquidity from the system and can have a huge impact on liquidity-hungry economies like India.

Geopolitical uncertainty and the India story

This has less to do with economics and more to do with politics and diplomacy. However, it has a major impact on the way investors approach Indian markets. There are three broad implications. Firstly, the Middle East and West Asia are the most vulnerable to such geopolitical strife. We have seen such situations in Iraq, Qatar, Yemen, Iran and Syria. They control the key oil route and India still depends on Middle East nations for its oil supplies. This impact could be immediate. Secondly, any geopolitical uncertainty makes gold valuable as an asset class and that is normally negatively correlated with equity market returns. Finally, any kind of geopolitical uncertainty also means that risk-off flows could gather steam, which has always been negative for EMs like India.

In the last 10 years, we have seen the Indian markets dance to the tunes of a variety of triggers ranging from the Lehman crisis to the Dubai default to the Greek crisis and even the nuclear crisis in North Korea. Global themes may only expand in the future.