x
Home » Top News » What Indian investors can learn from the fall of Thomas Cook? 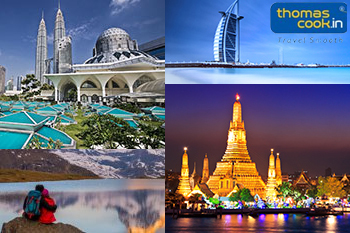 What Indian investors can learn from the fall of Thomas Cook?

Let us derive some key investment lessons from the fall of Thomas Cook of UK.

When Thomas Cook of UK went bust over the weekend, there was a tinge of nostalgia that was apparent. Of course, we have seen reputed names like Barings, Enron, Bear Sterns and Lehman collapse in the past, but these were the result of financial skulduggery. To that extent, the bankruptcy of Thomas Cook was more like Kodak, which had touched most people’s lives in a very personal way.

Scratch the surface, and the fall of Thomas Cook was not exactly a surprise. Apart from the typical problem of too much debt, Thomas Cook was also guilty of not changing with the times. That is what makes Thomas Cook more like Kodak, in its inability to bet on the changing trends in the market. For the Indian investors appalled by the thought of millions of stranded holidayers, there are some bigger investment lessons.

Be wary when valuations are optically too attractive
A lot of investors tend to adopt the logic that a stock at 8X P/E is better than a stock at 15X P/E. While being technically correct, what investors tend to miss out is that the P/E ratio, in most cases, is the trigger and not the outcome. That is exactly what happened to Thomas Cook. The stock corrected more than 80% in 2018, which made the stock optically attractive. The same trap is appearing in cases like Jet Airways and Yes Bank. Reliance Capital, at a dividend yield of 25%, is hardly salivating. In all these cases, the P/E compression is not an outcome but a signal that something is wrong with the way the business is fundamentally run. Be wary of such optical attractions.

High debt is bad, gets worse in case of service companies
Why have manufacturing companies been more successful at NCLT resolution? Simply, because they have physical assets, plant and machinery to fall back upon! What does NCLT liquidate if a Jet Airways or DHFL were referred to them? Most service companies run on intangibles like brand, perception, service differentiation, service standards, etc. The moment the company shuts operations, all these intangibles almost become worthless. That is why service companies have to be doubly careful about racking up debt. But, that is exactly what Thomas Cook did. Between November 2018 and March 2019, Thomas Cook’s debt had gone up from £390 million to £1600 million. The inability to service this debt finally proved to be its undoing. It is almost like a vicious cycle where each rescue package comes with more debt.

Be  cautious when turnaround plans fail consistently
Turnaround plans are, more often than not, a double edged sword. You need to take out the capital guzzling business but that could also mean removing profits. In the case of Thomas Cook, the airline business was the most profitable, but it was also guzzling the maximum capital. In fact, Thomas Cook had a series of turnaround failures. Of course, there have been successful cases like Chrysler in the US, but in case of Thomas Cook, the series of turnaround plans implied that the company just did not have a larger plan in place. That is so similar to what we saw in case of companies like Jet Airways and RCOM. Turnarounds fail when the choice between giving up assets and giving up profits becomes a hard choice.

Check if the business plan is in sync with the times
The big dilemma for Thomas Cook was that tourism was booming but its business was dwindling. That was hardly surprising if Thomas Cook had got the customer shift right. It is now nearly a decade since holidayers started preferring do-it-yourself packages. Thomas Cook still operated a brick-and-mortar network which was expensive to maintain and difficult to monetize. But, holidaying was changing subtly. For more than a hundred years, Thomas Cook earned most of its revenues from ticketing and hotels. Now both were democratized. Sites like Airbnb and Expedia were allowing tourists to plan out entire holidays from the comfort of their homes. Thomas Cook continued to stick to its traditional business plan. Be cautious about companies that stick to outdated business plans. It is like Kodak refusing to see the shift to digital photography. Thomas Cook just did not adjust its business plan to the changed market trend.

Always check for the unknown; unknown risk in a business

Now, who would have imagined that global warming would hit Thomas Cook, but that is the kind of unknown trends that investors need to really watch out for.