x
Home » Top News » What is MCLR? What is the difference between RPLR and MCLR? 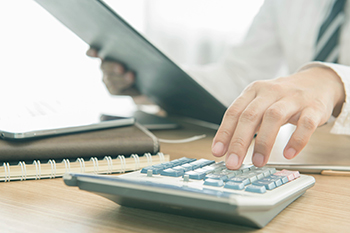 What is MCLR? What is the difference between RPLR and MCLR?

The Reserve Bank of India introduced the Marginal Cost of Funds based Lending Rate (MCLR) in April 2016 to modify the existing base rate / RPLR system.

Back in 2003 at the peak of the home loan boom in India, banks like ICICI Bank and ABN AMRO came up with marginal cost based lending. The home loans they offered were at much lower rates than competition. The argument given by banks was that they were pricing loans on their marginal cost of funds rather than their average cost of funds. Of course, that did not last too long as it was found to be unviable. But that is the basis of the argument in favour of the MCLR, which is much talked about today. But first a bit on RPLR!

The Retail Prime Lending Rate (RPLR) is also loosely referred to as the Benchmark Prime Lending Rate (BPLR). It is the benchmark on which the banks price their loans to customers and is based on the average cost of funds of the bank. This includes the historical cost of the bank in terms of raising deposits, the cost of CRR and SLR maintenance and the operating and other costs that the banks incur. The problem with the RPLR is that it is not very flexible and hence does not move with the shifts in the RBI repo rates. This largely defeats the entire purpose of RBI rate cuts since these rate cuts do not get transmitted to the end borrower. It is in this background that the concept of MCLR was conceived by the RBI in 2016.

What is the concept of MCLR all about?

The Reserve Bank of India introduced the Marginal Cost of Funds based Lending Rate (MCLR) in April 2016 to modify the existing base rate / RPLR system. According to the modified RBI guidelines, banks are required to calculate their MCLR, which will be the internal benchmark lending rates. The actual loan pricing will be based on this benchmark depending on the credit standing of the customer and the existing relationship with the bank. Now the base rate of the bank is determined based on the MCLR formula and not based on the RPLR formula. Check out the MCLR sheet for HDFC.

As per the RBI guidelines, MCLR is to be revised monthly after considering factors like the repo rate and other borrowing rates.  Inclusion of repo rates is the big difference between the MCLR system and the existing base rate system. Banks will have to set 5 benchmark rates for different tenures ranging from overnight (one day) rates to one year.  In a nutshell, under the MCLR arrangement, the interest rate paid by a bank for deposits and the repo rate (as modified by RBI from time to time) are the decisive factors in calculation of MCLR.

How MCLR is effectively calculated?

As the name suggests the costing of loans via MCLR is based on the marginal cost of funds of the bank or the incremental cost as we all know it. There are 5 key components that go into the determination of the MCLR.

Marginal cost of funds: This is the incremental cost of funds of the bank paid on deposits to deposit holders and to the RBI for repo borrowings. The repo is a repurchase option offered by the RBI to lend money to the commercial banks.

Negative carry on CRR: This is the implied cost that the banks incur while keeping liquidity reserves with the RBI. This is a zero interest deposit with the RBI. The notional cost of such idle funds is also added to MCLR.

Operating cost: It includes all the operating expenses of a revenue nature that banks incur for their regular operations. To that extent, the bank mergers should help reduce the MCLR due to lower operating costs.

Tenor premium: This is the normal term premium as indicated by the yield curve. Banks are allowed to charge a tenor premium base rate for longer term loans due to the higher risk entailed.

In-built RONW: One of the unique features of the MCLR is that apart from the above costs, the banks can also factor in an assured RONW which will be based on capital adequacy norms. This is built into determining the base rate under MCLR.

It needs to be remembered, that the summation of the above factors will give the base rates for the particular tenor. The weightage is 92% for cost of funds and 8% for the RONW. The actual loan will be sanctioned and disbursed based on additional factors like credit rating of the borrower, long term relationship, etc. and that will be the spread above the MCLR, which will determine the cost of lending.

How MCLR will impact monetary policy of the RBI

Since the beginning of 2015 when RBI started to cut rates aggressively, RBI governors have consistently expressed disappointment at the pace of transmission. Rate cut transmission was slow because banks were still stuck on the formula of average cost of funds. As a result banks have been very slow to change the rate of lending in sync with the repo rate shifts.

Over the last five years, the RBI has been consistently cutting rates so as to reduce the cost of funds for Indian corporates and to give a boost to the index of industrial production (IIP). However, that will work only if the rate cuts are passed on substantially, if not entirely, to the borrowers. The shift to the MCLR system is designed to make the transmission quicker and seamless.

There is a catch in the MCLR calculations too

If the transmission looks so simple, it’s actually not. The MCLR is based on the repo rate and the deposit rates. That means, unless the deposit rates are brought down, the MCLR will not come down. Banks opine that deposit rates cannot be brought down as retail investors will then lose interest in parking funds in banks and prefer liquid funds instead. Also banking is quite competitive and no bank wants to bell the cat by reducing rates. That is perhaps one reason why MCLR continues to remain largely sticky. However, the MCLR is definitely a major improvement in moving towards a more market determined lending policy.