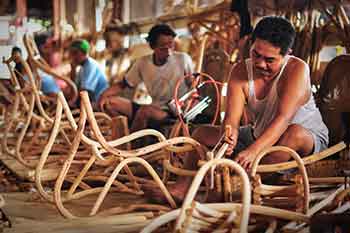 MSMEs first got into a cash crunch when demonetization was announced in late 2016. The crunch exacerbated when GST was introduced in mid-2017 forcing a greater formalization of the unorganized sector. Not surprisingly, the subsequent budgets of 2018 and 2019, have taken up the cause of MSMEs as they form the backbone of the Indian economy. MSMEs in distress, is not just bad economics but bad politics too. But, why are Indian MSMEs so significant?

The importance of being an MSME
If you leave out the technical definitions, the MSME sector represents the scores of small and medium sized businesses in manufacturing, trading, retailing and other services. Some of the numbers are really staggering. The MSMEs contribute nearly 28% of the overall GDP of $2.75 trillion making them worth nearly $870 billion per annum. In addition, the MSME sector constitutes nearly 45% of the total manufacturing sector in India and 40% of all exports going out of India, as per data put out by the Ministry of Commerce.

That is not all! There are a total of 6.4 crore MSMEs in India, predominantly located in rural and semi-urban pockets. These MSMEs employ nearly 12 crore people and have consistently shown growth rates in excess of 9-10%. The MSME slowdown post 2016 has hit the economy and the impact is evident in slowing GDP growth. That is why MSMEs have re-emerged in recent budgets as the nucleus of economy policy.