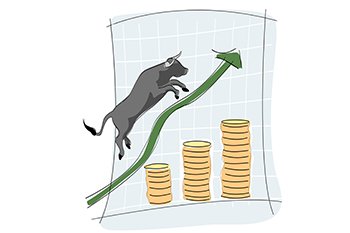 Benchmark indices are trading higher extending Thursday's rally. The Nifty is now above 12,250-levels with most sectors in the green.

From domestic to global factors, here are the four key factors boosting the markets:

Trade deal progress: Chinese Vice Premier Liu He, who heads the country’s negotiation team in Sino-US trade talks, will sign a “Phase 1” deal in Washington next week, the commerce ministry said on Thursday. Liu will visit Washington over January 13-15. Negotiating teams from both sides remain in close communication on the particular arrangements of the signing, an official spokesperson said at a briefing. The news of the sealing of deal has enhanced the conviction that indeed, there will be a trade agreement between the US and China, unlike the uncertainty that shrouded the topic earlier.

Global markets: Both US and European markets hit new record highs in the previous session, thanks to US President Donald Trump’s soothing tone in an address from the White House in which he said that the US did not have the inclination to escalate military action. Trump said that he did not necessarily have to respond through the military to the Iranian attacks and that action would be taken in terms of sanctions.

Pre-budget expectations: With budget day getting closer, the Finance Ministry has been increasingly engaging with representatives from the industry across sectors to understand their concerns and demands. The Modi government seems to be getting ready to roll out a series of bold initiatives in the Union Budget, the market largely expects, particularly for ailing sectors. News has it that the PM himself has been devoting a considerable amount of time in personally overseeing the policy matrix to enable a quick turnaround in the Indian economy. Media sources said that each ministry has been asked to prepare a five-year vision and the PM has been personally reviewing each plan. From the news that has been pouring in, it is expected that the upcoming budget will be a balanced one.

Easing crude prices: With an improving global scenario, oil prices have corrected quite a bit, Brent crude futures are back to $65/bbl levels after touching $70/bbl. The rupee has also recovered greatly to 71.21/$ from below $72/$ levels. This keeps import costs in check and comes as a relief for the Indian economy which already stands at the brink of a larger-than-expected fiscal deficit.