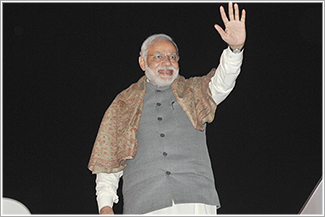 What's on cards for economic growth with Modi as PM?

With most economists are expecting a distinct slowdown in the fourth quarter to 6%, what is on cards for economic growth with Modi re-elected as PM. Know more

A day after Modi officially takes charge along with his Cabinet, the GDP data will be announced i.e. on May 31, 2019. The fourth quarter data will be crucial because most economists are expecting a distinct slowdown in the fourth quarter to 6%. That would enable full year GDP to just stay around the 7% mark. If 2014 was a wave for the NDA, then 2019 was much bigger. With the euphoria done and dusted, the focus will be back on growth. There are likely to be two short term approaches and two long term approaches to growth.

A short term approach to propping up growth


If the fourth quarter GDP comes in at around 6% or lower (as is generally anticipated), then there could be a major momentum challenge on hand. That is where a short term approach would have to be the focus. We could see a series of measures, basically split into two segments by the Modi government as soon as the cabinet is in place.

Indian economy will require a mix of fiscal and monetary stimulants. The first is likely to come in the form of rate cuts when the Monetary Policy Committee (MPC) meets in June immediately after the new cabinet takes office. The debate is not about whether but about how much. FICCI and CII have already demanded an immediate rate cut of 50bps with a full year target of 100bps. With the US bond yields trading closer to an 18-month low of 2.23%, the government can afford to be a tad more liberal on rate cuts. That will be the immediate trigger for growth. Of course, the government will also ensure domestic liquidity which is being managed through a mix of OMOs and dollar swap auctions.

Fiscal stimulants may be a little more complicated. Individual taxes have been substantially rationalized in the interim budget. The focus will be on taxation of small businesses and corporate tax rates. Put together these could be a big growth stimulant.

One of the best ways to trigger growth is through rural and semi-urban demand. The tax cuts in the interim budget could be one way. Another way would be to implement schemes like the PM-Kisan and MSP in right earnest by plugging leakages so that there is genuine demand creation. One area the government must seriously look at is to extend the facility of presumptive tax and presumptive GST for all small businesses below a threshold. It will save lot of managerial and procedural bandwidth for these smaller companies. The impact could be big on spending power.

A long term approach to propping up growth


The real devil holding back growth could be in the long term cues. Let us look at banking and manufacturing capacity.

This is the area that really requires cleaning up from a long term perspective. The government has already initiated the process. The IBC has been largely instrumental in addressing the bad loans issue. The issue of disclosures on debt defaults is now made more stringent. The big challenge is to make the PSU banks less beleaguered and more competitive. That could include measures like merger of PSU banks to reduce the duplication, greater freedom of operations, compensation policy revamp, etc. Above all, the debt markets have to be deepened if the dividends of infrastructure investments have to be fully realized. That would be another key medium-term mandate for the Modi government.

India has emerged as the second largest player in the world in sectors like Steel and cement. However, in terms of capacity, India is still just about a fraction of China. For most industrial products, China accounts for 40-50% of world capacity. This is the time for India to build capacities in a big way and look for a major export thrust. That could be the long term approach to sustainable growth.