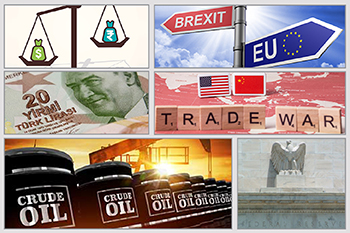 2018 surely seemed much longer than other years. With bouts of volatility caused by tax on LTCG, crude price fluctuations, trade wars, Brexit, and wobbly Indian macros, the market saw wild gyrations across the year.

As we embark on a new calendar year, there are some lessons from the market vicissitudes we thought we must arm our investors with.

7. Corporate governance emerged as the key theme in 2018

Consider the follow cases. The RBI refused permission to the CEOs of Yes Bank and Axis Bank to continue beyond Jan 2019. ICICI Bank CEO was forced to step down while Kotak Bank’s proposal to issue PNCPS to reduce promoter stake was rejected by the RBI. In terms of price damage, stocks such as Infibeam, Manpasand Beverages, PC Jewellers and Vakrangee lost more than 80% of their value due to poor transparency and weak disclosure practices.

The lesson was loud and clear: Markets will not spare any laxity in corporate governance.

6. Indian markets have the resilience to bounce

If you look at the yoy performance of the Nifty, the positive returns of 4% may conceal the underlying volatility. However, year 2018 showed that Indian markets were actually resilient. Forget about the Nifty and the Sensex bouncing back; there was a recovery on most macro parameters.

With crude oil prices crashing globally, the Indian rupee strengthened from 75/$ to below 70/$, while the benchmark 10-year bond yields eased nearly 100bps from the peak of 8.2%. De-risking and de-coupling was the underlying theme!

5. FPI capital flows matters, but domestic flows are not too weak either

In any normal year, FPI selling to the tune of ~Rs85,000cr would have led to a sharp correction in the Nifty and the Sensex. But 2018 was different because the domestic flows into equity and debt continued to be robust. While FPI flows are still critical because they impact the rupee value, the disruption that FPI selling caused earlier could no longer be seen.

4. Midcap investing is not roses all the way

After 3 years of consistent outperformance, midcaps and smallcaps had a tryst with reality. While the Nifty was up 4% for the year, the midcap index was down (-14%), while the small cap index was down (-24%). The reasons ranged from tax on LTCG to rupee volatility to rising oil prices to Sebi’s mutual fund recategorization. One thing that became clear was that most investors had underestimated the risk hidden in the broader markets.

3. In an interconnected world, no event is too remote and no economy is isolated

Global events saw a sharp reaction from Indian stocks. As Chinese demand slowed, Tata Motors ended up being one of the worst performers. Its JLR unit had to shut down operations temporarily to balance demand and supply due to weak demand from China.

The shift against diesel in Europe took its toll on Motherson Sumi, which supplies ancillaries to European automakers. Above all, the Iran deal was positive for Indian tea and rice companies which would benefit from the barter trade to circumvent the American sanctions on Iran.

In short, a series of diverse events globally left its mark on Indian stocks. Nothing was too remote to have an impact.

2. Trillion dollar companies are not infallible

As the new year arrives, the most valuable company in the world is not Amazon, Apple, or Alphabet (Google), but the humble Microsoft. With a market cap of $790bn, Microsoft is at least 10% more valuable than the 3 most popular FAANG stocks. As a leading tabloid put it, “It was a case of FAANG getting defanged.” Steep valuations meant that FAANG stocks lost nearly 30% in less than a quarter.

1. Focusing on factors that you have control over

Last, but not the least, the big takeaway is that investors need to focus on factors they have control over. Fed rates, trade wars, Brexit, and Middle East may be relevant but investors have little control or influence over these events. The big lesson here is to focus purely on your bottom-up investing strategy at the micro level and asset allocation at the macro level.

Stick to your strategy and have a financial rewarding 2019!