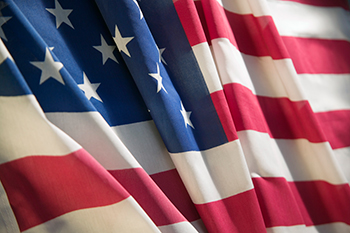 Where does Joe Biden stand on major policy issues?

We look at the key issues confronting Biden, his stand on these issues and what it means for the world and for India.

When Barrack Obama took charge as the US President in January 2009, it was in the midst of the worst financial crisis in history. Large banks were on the verge of collapse and the global markets had gone into a downturn. Exactly 12 years later, as Joe Biden took charge of the Whitehouse, the situation is no more flattering.

The US has been the worse hit by the COVID pandemic and the economy is in shambles. There is a lot to rectify. Trump had pulled the US out of the Climate Accord and the WHO. Relations with China are at their worst in recent memory. We look at the key issues confronting Biden, his stand on these issues and what it means for the world and for India.

The US, being the worst impacted by the pandemic, has immediate challenges. They need to provide free testing and set up a massive contact tracing program. Biden already plans to set up at least 10 testing centres in each of the US states. Above all, Biden could call for tough action for not adhering to basic norms of safety and social distancing.

For India, this would be a blessing in disguise. Apart from the big dividends for pharma and IT companies, the US is today India’s largest export destination. An early recovery is something that the Indian economy would hope for. Also, it will reduce the overall risk that global markets are up against; especially the risk of mis-handling the pandemic.

In the last days of Trump in office, Democrats had been silent on the issue of immigration, especially when Trump was tightening it. Biden may agree with Trump in principle, though not on execution. H1-B visas may still be limited only to highly specialized jobs. However, his recent proposal to fast track US citizenship for immigrants to 8 years is a positive.

India had seen the H1-B restrictions coming and most IT companies are reconciled to the offshore models over onsite models. Also, Indian IT companies have started recruiting local staff in the US addressing the job concerns. Easier immigration policies should be positive for India considering the huge Indian population in the US.

While assuring the markets about continuation of easy monetary policies and fiscal payouts, the issue of raising of minimum wages is likely to be a crucial issue that Biden may address in the first few days. Biden has been a supporter of raising minimum wages in the US to $15 per hour, in order to cater to the young population. However, he may retain Trump’s policy on restricting all Federal orders to US goods and services only.

The hike in minimum wage is likely to add to the costs, especially for IT companies. In the last two quarters, Indian IT companies saw a spike in manpower costs and this could escalate further in the coming quarters. That is something Indian IT companies will have to watch out as it could impact margins.

Bringing America back in the leadership mainstream

During the Trump regime, the US walked out of the Paris Climate accord, threatened to exit the WTO and stopped funding for "WHO". Biden proposes to reverse all that and has already passed executive orders to re-join the Paris Climate accord and re-start funding support for the WHO. This will ensure the US assumes leadership mantle on influential global issues.

For India, this counterbalances the economic and strategic risk that China posed with a stronger say in these institutions. Also, the decision to get back to the Climate Accord and $2 trillion investment in green energy syncs with India’s stand on reducing dependence on fossil fuels.

With China, Biden may maintain a tough stance

Biden is expected to build bridges with US allies, especially Western Europe and NAFTA, but may remain cold towards China. Biden has maintained that China be held accountable for unfair environment and trade practices. One possibility is that he would rely less on punitive tariffs and trade restrictions and more on an international coalition to pressure China.

That is good news for India which seeks to exert more international pressure on China considering their incursions in Ladakh and Arunachal. It would give India’s protestations about China more legitimacy at global forums.

Return to Obamacare is good news for Indian pharma

Biden plans to expand the public health insurance scheme passed by Barack Obama to nearly 97% of Americans. While this plan will cost $2 trillion over 10 years, it gives certainty to the American healthcare system. That will boost Indian pharma assuring them of a long-term market for economical generics and a growth trajectory beyond the pandemic.

Overall, it looks like Biden’s approach is likely favour the Indian markets even as FPIs could get more risk-on in a relatively stable environment. For the actual action play, we have to await the fine print.