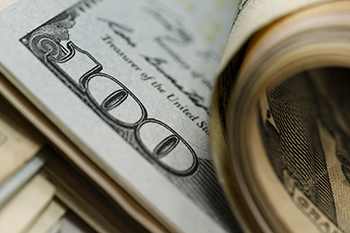 Why Dollar index has moved above 2018 highs?

The dollar index measures the US currency’s strength against a basket of major currencies.

The US dollar index has risen, breaking above the crucial resistance level of 97.75. The index came off after making a two-year high of 98.33. And it’s likely to rise towards 98.75 and 99 in the coming days.

The dollar index measures the US currency’s strength against a basket of major currencies. The index contains six component currencies i.e. the Euro, Japanese Yen, Canadian Dollar, Swedish Krona, Swiss Franc, and the British Pound. Technically, there are 24 countries in total total, because there are 19 members of the European Union that have adopted the euro as their sole currency, plus the other five countries (Japan, Great Britain, Canada, Sweden, and Switzerland)

The weekly performance of EM and DM currency:

The decline in the "Euro" is one of the major reasons behind the appreciation of the dollar. Euro has slipped from 1.13 to close to 1.11 levels. Euro has a weight of near 58% in the dollar index. Hence, its depreciating move pushes the dollar higher.

On the back of Dollar strength and rising oil prices, the rupee has depreciated to 70.26 from 69.36, any further Dollar strength may keep the rupee under pressure. Moreover, Brent oil prices are trading strong and registered a fresh 2019 high around $75/bl. The India rupee could feel the jitters if the oil price rises sharply from present levels.

And as per F&O data, 70 levels of US$/INR is at a premium of 1.4, which shows the broader range for US$/INR is within +-1.4 levels, that is, 71.40 to 68.60 from current prices. Clearly, the market is setting up for high volatility in rupee ahead of the election outcome.

Remarks:
The rise in the US dollar is leading to  depreciation in rupee, which has come above 70, thus pushing IT and pharma stocks higher. In fact, recently considering one of the above factors, we gave " Put Hedge " strategy on "Lupin, TCS, and INFY ".