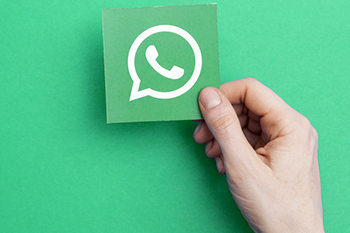 Short cryptic messages on WhatsApp claimed that “suspected child lifters are roaming in the locality. They speak Hindi, Bangla and Malyali. If such individuals are identified, they should be reported to the local police as they might be part of a child-lifting gang.”

What followed sent shockwaves throughout the country. In separate incidents, about 30 people accused of being child-lifters have been killed. This includes a 55-yr-old woman offering sweets to children, two men asking for directions in Assam, one man hired by the government with the task of dispelling child kidnapping gang rumors, five people belonging to a nomadic tribe in a remote village in Maharashtra lynched for talking to a girl, among others.

Ugly rumors, hoaxes, and hearsay on social media platforms are posing a serious challenge, leading to killings and lynching. As these issues have come to the head, the union government has decided to take steps to ensure more accountability of internet and social media companies under the law. These guidelines, which will be introduced in September, urges such companies to respond quickly to gratuitous rumors and offensive content.

Messaging platforms and Internet firms usually offer end-to-end encryption. This ensures that the messages are sent securely, with minimal chance of interception. So, messages become readable only after decryption at the receiver’s end. Thus, firms like Google and Facebook, termed as intermediaries, do not create or modify content, but merely act as a medium, unable to decrypt or intercept messages.

Referring to this argument, messaging platforms/Internet firms consistently contested liability for third-party content hosted by them. In line with this claim, the IT Act in 2000, under section 79 stated that intermediaries will not be held liable if they act only as a channel for transmitting information, including content with malicious intent.

Moreover, intermediaries also enjoy impunity under the principle of freedom of speech and expression and the right to privacy. Rules acting as necessary barriers to address the menace of fake news intended to disturb law and order were sadly done away with.

So, what prompted the government to address this issue again?

Following the rising incidents of lynching and violence, the government, last month sent out a stringent warning to WhatsApp. It asked the Facebook-owned platform to reign in such “irresponsible and explosive messages filled with rumors and provocation.” Electronics and IT minister, Ravi Shankar Prasad lamented that such incidents are “deeply painful and regretful.”

Subsequently, WhatsApp took quite a bit of time to respond to the notice. It stated that it is “horrified about these acts of violence,” adding that this is an issue that needs to be solved by appropriate collusion among government, civil society, and technology companies.

It also suggested various steps it has taken to fight misinformation and the blatant misuse of WhatsApp. These steps include new controls for group chats to stop spamming, a new label indicating when the message was composed, opposed to when it was forwarded, and using machine learning to identify accounts that send high volume of messages.

However, the government thought that this response was tardy and inadequate, and it urged WhatsApp to come up with better technological solutions.

Now, what is the government’s latest offensive?

While responding to this issue in Parliament, Prasad asserted that to fight this fake news malaise on social media, the government would strengthen the implementation of Section 79 of the IT Act. As per media reports, the new notifications will compel social media companies to respond to fake news complaints within a few hours, as opposed to the present 36-hour window.

With respect to blocking content, it will revert to the contingency of taking into consideration public complaints, instead of just government and court orders.

Further, companies will be required to locate their grievance officers in India. Their main function will be to act as the point of contact with regulatory and legal agencies for any fake-news related grievances.

They might also have to ensure that their content is traceable. This, however, could open up Pandora’s box hitting citizens’ privacy for a six, as it would also apply to text messages on cellular networks.

Meanwhile, what do these steps imply?

The obvious victim of these stringent rules will be the freedom of speech and the right to privacy that the Indian constitution promises to its citizens. Presently, the governments’ efforts to discipline social media and internet firms could be seen as political posturing or regulatory overreach. In line with this thought process, if every WhatsApp message and tweet is monitored, it also throws up the question of whether India is moving towards becoming a surveillance state, threatening India’s democratic fabric.

Further, in keeping with PM Narendra Modi’s vision of a “Digital India,” India holds the top spot as the fastest-growing country in terms of Internet user base. There has been an average of over 40mn new users annually since 2013. Further, social media’s reach is also fascinating, which can be gauged from the fact that out of 150cr WhatsApp users worldwide, 20cr belong to India. Thus, rather than alienating the public from social media, government needs to criminalize the generation of fake news, rather than holding the messaging medium culpable. What’s more, such a stringency will also affect the ease of doing business for tech companies in the country.

Despite these arguments, tech companies can’t wash their hands off the issue. They need to step up before Indian lives are lost in such a foolhardy manner. Out of the box solutions are required to solve this problem. Joining hands with the Indian government to raise awareness, roping in celebrities and local public figures educating people about the flow of information on the internet, and training users to identify fake news are some steps that can be taken.

These issues need to be addressed soon especially as India hurtles towards a high-octane election, wherein the misuse of social media will invariably grow.