In sectors, Reality and Metal outperformed the other sectors. Nifty Realty and Nifty Metal gave a magnificent return of ~110% and ~48% in 2017 respectively. Government’s emphasis on ‘Housing for All by 2022’, RERA and infrastructure status to reality sector provided the required revival to the reality sector, whereas, recovery in the commodity prices supported the metal sector. IT and Pharma sectors underperformed in 2017. The pricing pressure and Visa norms in the US put weight on IT companies, while, slow approvals by USFDA and pricing pressure kept the Indian pharma companies underneath. 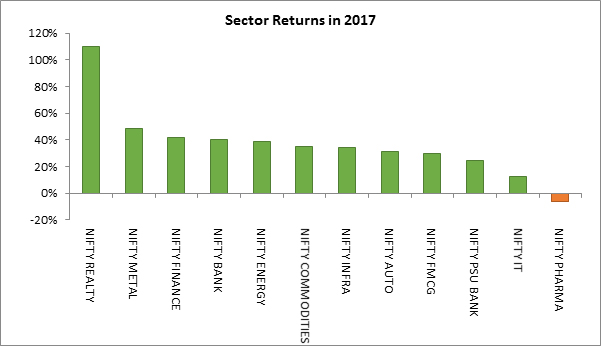 In 2017, Moody’s upgraded India’s Sovereign rating to Baa2 from Baa3, after a long haul of 13 years on the back of significant reforms and structural changes. However, bond investors faced disappointment in 2017, as 10-year government bond yields rose fearing a rise in inflation and fiscal slippage. In 2017, G-Sec gave a negative return of 0.1% vis-à-vis 15% in 2016. 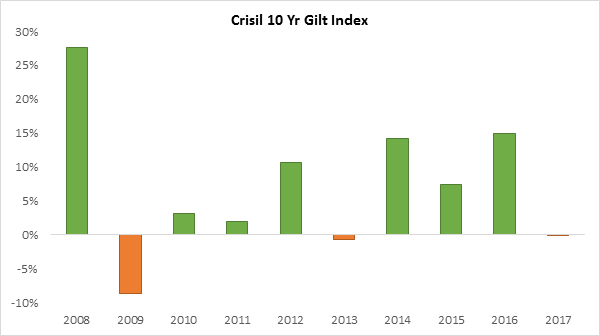 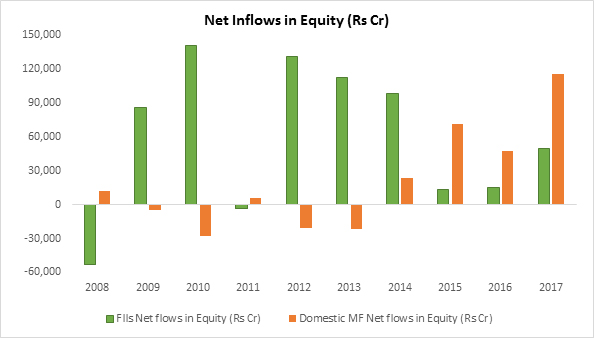 Economic growth to accelerate: Economic growth was subdued in 2017 due to the shock of demonetization and GST transition. However, in 2018, the economy is expected to recover, which has already been factored in the market. 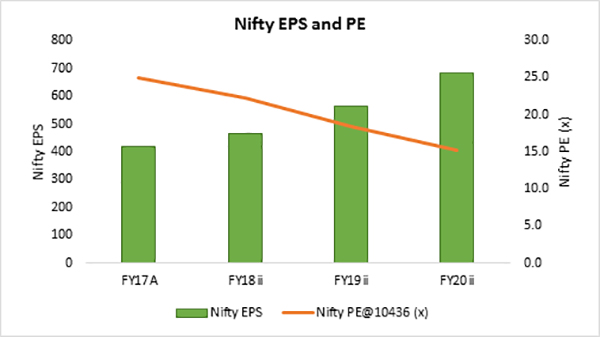 Inflation to rise, but within comfort zone: In the last couple of years, inflation had fallen significantly supported by the sharp decline in crude oil prices, fall in food inflation due to two good monsoons and efficient food management by the government. In 2017, the CPI inflation dropped to 1.2% in June 2017 from 11.5% in November 2013. However, in the second half of the year, inflation rose continuously owing to rising commodity prices.

Many investors are expecting similar returns of 2017 in 2018 from the equity market. However, the market has already factored in most of the positive triggers. Moreover, rising CAD and inflation accompanied by deviation from fiscal consolidation path can put weight on the market sentiment. Besides, Nifty corrected from 8,900 in September 2016 to 7,900 in December 2016, a correction of ~11%. Therefore, owing to the lower base in December 2016 and one-side rally in the market, without any meaningful correction, had given splendid returns in 2017, as the market was near all-time high in December 2017. Thus, 2018 will be a challenging year for investors and they should lower their return expectations in 2018. 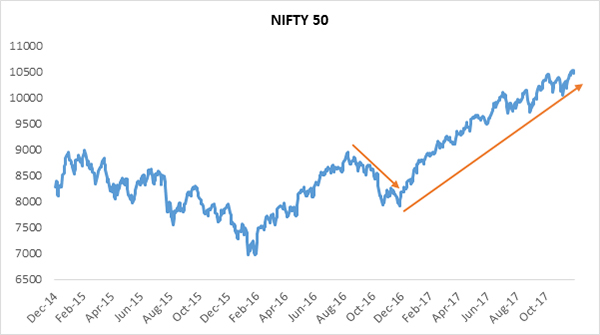