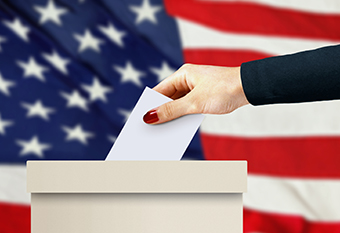 Investors across the globe have been keeping their eyes on the US election outcome and have turned cautious as the gap between Donald Trump and Hillary Clinton has narrowed. Broadly investors are expecting Hillary to be next US President.

But, if Trump wins the presidential election, the markets will nosedive, like Brexit, all across the globe. The global markets jittered on concerns that FBI would review more emails of Hillary Clinton over the use of private email server resulting in the global markets turning southward. The S&P 500 shed 3.1% in consecutive 9 days fall, whereas the Sensex dropped 3.2% during the same period. However, S&P500 rebounded by 2.2% as FBI announced that it did not find any wrong doing in emails.

The foreign investors are waiting on the sidelines till the outcome of the US presidential election. The FIIs have sold Rs 12,170 crore of securities in the equity and debt market in October and November 2016. We believe that it will be difficult for FIIs to stay away from the Indian market for long as Indian macros are improving consistently in comparisons to its peers.

The below table exhibits the reaction of Indian and US markets after US presidential elections. Historically, in the long term, US elections have not had a major impact on the Indian markets. Hitherto, Indian markets performance has been driven more by the economic macros of India.

However, both Hillary and Trump are against outsourcing jobs. The US has already increased the fee of H-1B Visa from $2,000 to $4,000. But considering Trump is more hawkish than Hillary, a further hike and lower quota for H1B cannot be ruled out. H-1B visa is important for Indian IT companies which generally send their employees to work on-site (in US) through H-1B visa. Trump is also advocating that he will put additional tax on corporate which are outsourcing jobs and, importing goods and services to US.

As India and the US are now more aligned to each other as strategic partners, both the presidential candidates understand the importance of India in South Asia. Therefore, it is very unlikely that anyone of them will turn their back on India or take any harsh steps which will impact Indian interest in the US. Thus, US elections can influence the Indian market in the short-term but in the longer term, macros on Indian economy will drive the Indian market.