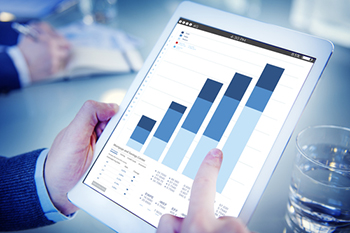 Will Q4 be marked as earnings recovery period?

Easing liquidity crunch may support Banks, NBFCs, and IT companies to report upbeat earnings in Q4FY19. However, disappointing demand growth may hit the Auto sector.

With recent efforts of the RBI through rate cuts and increased numbers of foreign investment, investors are expecting the last quarter of FY19 to mark a recovery period for earnings. However, decelerating consumption growth and global economic growth worries remain a matter of concern.

How various sectors are likely to perform in Q4FY19:

Automobile: Automakers are expected to report disappointing numbers for Q4FY19. Festival season and year-end discounts were unable to help Indian automakers in the previous quarter, causing the inventory to pile up. Further, lackluster demand growth and higher inventories will continue to hit the sector in Q4. Investors will be focusing more on Tata Motors, especially comments on Jaguar Land Rover. Ashish Harsharaj Kale, president of FADA in a statement said that, “We at FADA believe that the worst for auto industry is now behind us and expect plateauing of the declining demand and expect sales to stabilise in their current normal range for the next 4-6 weeks till India’s biggest democratic festival, ‘The Elections’, conclude and we head towards the onset of the monsoon."

Aviation: With obvious reasons of ban on Boeing 737 Max aircraft and Jet Airways crisis, the aviation sector may report dismal earnings in the fourth quarter of FY19. However, Indigo and SpiceJet may see some rays of hope with their expansion plans.

Banks: PSU Banks may make a comeback this quarter with the recent capital infusion by the government. Further, higher credit growth, improving NIMs along with low credit cost will also support better than expected earnings for public sector banks. Meanwhile, investors will be focusing on the stance of banks regarding the Supreme Court’s judgment on RBI’s circular of February 12, 2018.

NBFCs: It seems worries are not yet over for NBFCs and it will reflect in their earnings; however, improving liquidity condition may cap concerns. Market participants will keep a close watch on asset-liability management, the liquidity outlook, and the cost of funds.

FMCG: Consumption slowdown may hit the earnings performance of the fast-moving consumer goods (FMCG) companies in the quarter under review. However, growth in margins with easing input costs will be closely watched along with curiosity to get details on ad-spends. Moreover, investors will be keen to know about the demand outlook from management. Besides, strategies of the company along with monsoon forecast effect will also play a crucial role.

Cement: Cement makers may record strong earnings in Q4 amid an expectation of lower operating costs and higher realization. However, lower demand driven by the government on the back of the general elections may cap the rally.

Information Technology (IT): Generally, budgeting term keeps March quarter weak for IT companies. However, Q4FY19 will be an exception, as recently received deals would aid outperformance. Investors will closely follow commentaries on the FY20 demand outlook and deal wins. This will be amidst concerns on a potentially weaker macro in developed markets, particularly in BFSI. Further, investors will also keep a close watch on the impact of new stringent US H-1B visa norms on sub-contracting costs and hiring plans.

Real Estate: The prediction for Q4 performance of realty companies is a bit difficult on the back of new accounting standards and GST regime. However, good sales book and launch pipelines may provide support to better than expected earnings. Investors will be focusing more on inventory data along with pricing strategies and debt levels of the companies.

Pharma: Healthcare sector may witness a mixed trend in earnings with picking up business activities in the US led by new product launches and favorable currency moment. Investors will be focusing more on formulations, active pharmaceutical ingredients (APIs), and contract research and manufacturing services (CRAMs).

Given the backdrop of several uncertainties on domestic as well as international fronts, it seems demand concerns will play a major role. Yet, with currency headwinds and easing liquidity situation, recovery hopes will remain alive in the fourth quarter. However, it will be very interesting for market participants to watch the performance of the companies in the coming quarter i.e. Q1FY20 after major events such as General Election 2019 and the Reserve Bank of India’s policy.