x
Home » Top News » Will the change in customs duty prove favourable for Make in India? 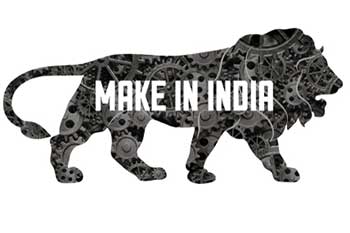 Will the change in customs duty prove favourable for Make in India?

In the Union Budget 2019, Nirmala Sitharaman dwelt at length on efforts to tweak the indirect tax structure in such a way as to make some inputs cheaper and some finished products costlier.

When the concept of ‘Make in India’ was first announced by Arun Jaitley in Budget 2014, it was a pledge to make Indian manufacturing globally competitive. Firstly, it called for reducing the cost of manufacturing in India so as to make India a manufacturing hub for exports. Secondly, it entailed the creation of world class infrastructure so that the concomitant costs of production and exports can be reduced substantially. Thirdly, it entailed ‘Ease of doing business’, which was all about a simple on-boarding of business and minimal compliance formalities. Lastly, it entailed the creation of high quality manpower support through skilling and re-skilling.

While India made some progress on the first and third points, infrastructure is still work-in-progress and re-skilling is yet to take off. Instead, the policy that the government has adopted, especially in Budget 2019, is to boost ‘Make in India’ by reducing customs duty on inputs and increasing the import duties on finished products. Will it work?

Make in India effort in Budget 2019
In the Union Budget 2019, Nirmala Sitharaman dwelt at length on efforts to tweak the indirect tax structure in such a way as to make some inputs cheaper and some finished products costlier. But some outcomes have backfired. For example, the 25% tax on imported steel protected the steel manufacturers but steel consuming industries are up in arms. That is because imported steel constitutes just 4.5% of steel consumption and it is of a grade that is not available locally. Here are Budget 2019 highlights targeted at ‘Make in India’.
Like Benjamin Button, are we aging in reverse mode?
The current tariff approach may not really help ‘Make in India’ substantively. Let us look at the curious case of mobile phone manufacturing in India. To encourage local manufacture, the customs duties on ready-to-use mobile phones were raised and the import duties on mobile phone components were reduced. What was the outcome?

Mobile phone manufacturing entails two steps viz. high-value manufacture of components and low-value assembly. Traders can import parts and assemble them locally, or import ready-to-use phones based on import duty regimes. Since 2014, the imports of fully-built mobile phones fell (-80%) but imports of components rose 116% in five years. During the same period, the exports of mobile phones actually fell by (-40%). Effectively, ‘Make in India’ strategy of cutting import duties on components has created a flurry of assemblers who are only adding 5-6% value to the entire process in India. So, the trickle down effects of ‘Make in India’ is not really happening.

If customs duty cuts are not helping, what is required?
For ‘Make in India’ to be meaningful, erecting tariff barriers to protect domestic industry is hardly the answer. Instead, the focus should be on incentivizing manufacturing through tax breaks, infrastructural support and other structural supply chain interventions. Such tariffs only take us back to the Infant Industry argument of the 1960s and 1970s where they were effectively reversed post liberalization.

There are other problems too in such an approach. For example, the European Union and Japan have recently filed consultation requests at the WTO on tariffs imposed by India on ICT products. Trump has already accused India of being too protectionist (really)! As a signatory to the WTO, this shows up as bad diplomacy. If ‘Make in India’ has to succeed and India needs to post a manufacturing challenge to China, then the investments should be on infrastructure and the supply chain. The rest will follow!