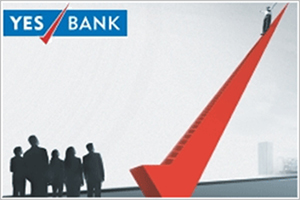 The principal investor in Yes Bank, SBI, currently will hold 49% in the reconstructed Yes Bank.

As promised, the Yes Bank reconstruction plan was announced and made effective from March 14, 2020. The moratorium on deposits is also likely to be withdrawn earlier. To begin with, SBI had already committed Rs7,200cr for a 49.2% stake in Yes Bank. In addition, ICICI Bank and HDFC will infuse Rs1,000cr each and Axis Bank will infuse Rs600cr. Apart from these banks, Kotak will also infuse Rs500cr, while Bandhan Bank will bring in Rs300cr.

In all, banks will jointly infuse close to Rs10,600cr. In addition, private investors will also chip in to take this capital contribution closer to the $2 billion mark. This will be sufficient to operationalize the bank and give comfort to depositors. The government may be looking at infusing additional $2 billion into the bank from PE investors at a later date. This move largely covers the depositors and that should give them room for comfort. But what about the shareholders? That is the real puzzle!


Why is the Yes Bank reconstruction a puzzle for shareholders?

The principal investor in Yes Bank, SBI, currently will hold 49% in the reconstructed Yes Bank. SBI will not be allowed to reduce its holding in Yes Bank to below 26% over the next 3 years. Even the other major banks and investors who will be putting in their money into Yes Bank will be locked in to the extent of 75% of their holdings for the next 3 years. Till this point, the story is fine. The problem arises when this rule is extended to retail investors.

According to the scheme of reconstruction, any shareholder holding more than 100 shares on the effective date of reconstruction (13th March 2020) would be subjected to this 3 year lock-in. Even in the case of retail investors holding more than 100 shares, 75% of their holdings will be locked in and investors will be free to only sell the balance 25% shares. For example, if you hold 90 shares of Yes Bank as on 13th March, you can sell your entire holdings. However, if you hold 1000 shares of Yes Bank, then you can only sell 250 shares and the balance 750 shares will be locked in for a period of 3 years.


Lock-in creates a challenge at 3 levels

The mandatory 3 year lock-in for 75% of the shares held on 13th March 2020, creates a practical challenge at 3 levels.

The bigger hit could be on hedged positions

This will be the bigger challenge as nearly 3/4th of the shareholdings of Yes Bank will remain locked in for 3 years. Here are 3 practical concerns.