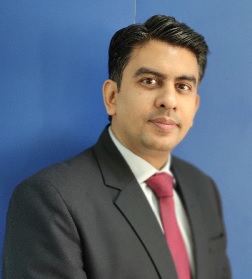 Since scaling to highs of $1900 in August 2011, gold prices have trended downwards touching lows of $1000 in 2015. But just when investors had started discounting the history, and economics of holding this precious metal, it delivered stellar returns and made a comeback as a mainstream asset in 2019. Prices touched highs of $1550 levels in September on the back of trade war tensions. Further developments on this front kept prices volatile and range bound $1450-$1500. Other factors that influenced prices were the global low-growth disinflationary environment, Fed’s policy U-turn, recession fears, negative interest rates and threat of currency wars. 2019 returns from gold stand at +14.2%. Gold’s rally was thus fueled by an array of mutually reinforcing factors - trade war, slowing growth and Central bank dovishness - sapping the appetite for risk assets.

The repercussions of the trade dispute between the world's largest importer and the world's largest exporter hurt business sentiment and had a spillover effect on the global economy which showed signs of contracting. The global contraction increased uncertainty in financial markets and also shaped the monetary policy of central banks worldwide causing them to pivot to a more dovish stance in which they boosted accommodation and cut interest rates. Peaking at $17 trillion and still standing tall at $11 trillion - the heap of negative-yielding government debt, stock markets driven by central bank-funded cheap liquidity, and currencies subject to devaluation wars made gold a better bet for investors seeking a store of value.

Geo-political developments around the world like the decision paralysis on Brexit, unrest in Hong Kong, tensions in the Middle-East also resulted in safe haven demand for the metal. As the growing list of negatives in the markets added up, it strengthened the case for holding gold as is evident in the strong investment flows witnessed in gold - Global gold-backed ETF increased by 13.9% this year.  Central banks too added over 600 tons of gold to their reserves as growth slowed, trade and geopolitical tensions rose, and a need to diversify away from the dollar was felt thanks to America’s tendency of weaponizing trade at will, even in geopolitical issues outside the economic realm.

Outlook
There are good reasons President Trump is more willing to strike a deal now. The president, facing impeachment proceedings at home, and with the election looming, needs to boost US activity. Having already played the fiscal card through tax cuts in 2018, he is left with little option but to provide some relief on trade front, particularly to his voter base through increased purchases of agricultural products by China. Trade tensions between the US and China will be a lingering headwind regardless of any positive near-term developments. The trade conflict is still unresolved given it has broadened beyond just trade to incorporate IP protection, national security, human rights free speech etc. and, with a mismatch in time horizon for achieving goals on both sides, suggesting that  a skin-deep resolution  is likely but nothing beyond.

There will be continued and deepening financial fallout until the trade war comes to an equitable and fair resolution. It also seems likely that to solve the issues at the core of this trade war will indeed be a long drawn affair. The coming election year just adds more uncertainty and integrates further unknowns, since Trump will now be motivated to do things that add to his popularity. Amidst a back drop of deteriorating growth and opinion polls showing a resounding defeat in the 2020 US Presidential election, Trump may be compelled to drum up a new approach in a last-ditch effort to steal back the protectionist narrative. This will largely shape up how financial markets behave and the baseline suggests that this clash for supremacy will keep gold well supported.

Whatever happens with respect to trade policy, US growth has and will continue to slow as output converges on the underlying potential output of the economy. To some extent, however, growth has exceeded expectations in 2019, owing to buoyant consumer spending despite stagnant wages. It’s unclear whether that trend can continue. US economy will continue to slow down as waning fiscal stimulus is overwhelmed by the negative impact of uncertainty plagued by the trade conflict. Capital expenditures should slow as uncertainty about the US administration’s policy and use of tariffs weighs on business investment and ultimately infects the job market and consumers. It will hurt consumers and their ability to weather the economic downturn. Supply-chain disruptions as a result of tariffs or other restrictions could also cripple some companies’ profits and create undue corporate stress. We see equity markets torn between these risks and hopes that central banks will do whatever it takes to rescue the world economy with renewed monetary stimulus. For the time being, equity market participants remain optimistic and close their eyes on risks, which make financial markets vulnerable to stress and reiterates the need to hold gold.

If the monetary experiment embarked on by central banks over the last decade has proven anything; it is that lower rates and higher liquidity are not tools to help deleverage, but to incentivize debt. The combination of high debt and rising inequality broadly across the globe is leading us nowhere. It’s worsening the prospects of growth and leaving us on a path of stagnation. Furthermore, this dangerous experiment has proven that a policy that was designed as a temporary measure due to exceptional circumstances has become the new norm. The so-called normalization process lasted only a few months in 2018, only to resume asset purchases and rate cuts. Despite the largest fiscal and monetary stimulus in decades, global economic growth is weakening and leading economies productivity growth is close to zero. The unconventional policies of the central banks have only been able to boost asset prices increasing the inequalities. The reflationary efforts of central banks have only given rise to more asset bubbles.

Meanwhile, if the global economy is indeed trapped in a subpar growth environment and looming deflationary threat, then it will likely translate into central bankers getting further aggressive in building ever-greater balance sheets with ever-greater negative consequences down the road. This could be incredibly bullish for gold.

Any re-pricing of economic and political risks would leave investors scrambling for gold. We believe that diversification of reserves and investment in gold is bound to increase going forward in a world plagued with high uncertainty and policy irrationality. Investors would do well to remember that gold is a time-tested store of wealth and a valuable diversification tool against the numerous downside risks that currently persist in the global arena. We suggest an allocation of between 10-15% of one’s portfolio.  We suggest that investors use any corrections as an opportunity to add more gold to their portfolio or ideally keep allocating to gold in a systematic manner.