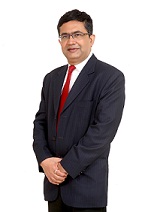 How the world power after 2020 will be decided by the ability of a country or a group of countries to produce bio weapons and also on their ability how to save their population from bio weapons of their own and others.

It is said that most wars are in some ways demonstration of technologies of a warring party more than cultural, monetary or social superiority. In all wars, a side with superior technology and understanding of science has usually won 9 times out of 10 since time immemorial. In that context, the World war 2 was started and fought amongst European powers. Science and technology played a major role during that war.

In some ways, the World war 2 was a delayed outcome of the world war 1 and Spanish flu which later generated Great Depression, US New Deal, World War 2 and subsequent world order. The imbalances in European power structure and emergence of new powers like US and Japan also had to be digested by the world order. However, more importantly, World war 2 was unique in a way that it was a war of science and technology. Use of cars, tanks, submarines, advanced logistics, ships, bombs, war planes etc all took place heavily only during world war 2. Many countries like Germany, UK etc converted almost all their industrial capacity in to manufacturing of war equipments. Every productive human worked pretty much on war activity. Despite that, the science and technology was largely evenly spread amongst the countries and blocks at war which were largely European. Their societies were already integrated and their technologies available widely. The war was evenly fought although UK and its allies had large armies due to subjugation of countries across the world in several previous centuries. Despite the overwhelming strength, the UK led alliance had on paper, the war looked like a stalemate for many many years. Many millions died and still it didn’t find a clear winner.

At the time of going in to war and during the war, theories had come in to play that the particles in the nucleus of an atom is bound by an immense force. Most of the basic work and thinking on the modern nuclear science was done in Europe. It was also widely believed amongst scientific community that If someone could generate a lasting chain reaction which allowed the power of nucleus to be unleashed, It would create an explosion never seen before by the man kind. It was a race. Race of scientific ideas and dreams. Many of them unproven. Only In the minds of some crazy scientists. Germany started working on creating atom bomb based on the available understanding. Russia, UK and many others started working on their own projects. Due to the mass killing of Jews by Germany and many other countries, Jews were running away to far away places in the new world like US, Brazil, Argentina and many other places. US was a up and coming power and didn’t have a direct major role in the war initially. UK had to work hard to get US involved on its side at some stage. US was also far away from the scene of war and naturally protected from attack by most players due to physical distance.

In the meantime, away from war, US welcomed many of the European scientists including Jewish scientists, provided them with places to stay, teach at universities, comfortable life but also prestige and laboratories where they could conduct their experiments. A new buzz started getting created in US science community due to the additions of these new scientists, known and unknown. The most known amongst the European imports was of course, Albert Einstein whose theories of relativity and many other subsequent theories had changed scientific thinking in a fundamental way. There were many others. Working in different universities across US. A project (the Manhattan Project) was created to get all of their combined scientific brains to create atom bomb in complete Secrecy in a far away place in New Mexico on the western most dessert of US in a laboratory that became famous - Los Alamos - as the place where the first atom bomb was created.

All powers were trying to make their own atom bombs. US teams succeeded in testing it for the first time on July 16,1945 at a place near Los Alamos - Alamogordo. It was a race amongst the countries and their scientists to use the new science of atoms to create new weapons. US won that race decisively and far ahead of any other country. The creation of atom bomb was so decisive in the world war that its use only twice on Hiroshima and Nagasaki, Japan in quick succession by US on August 6,1945 and August 9,1945 killing several thousands at a time and maiming millions. Japan surrendered and the world war 2 got over for all practical purposes.

Later on, over 70 years, Soviet Russia, UK, France, China, India, Pakistan and a few other countries directly or clandestinely acquired atom bombs. Cold War, a stalemate - between US and USSR for more than 40 years was continued on the seeming comparability of the nuclear arsenal between the two countries. Interestingly, all nuclear powers who acquired nuclear power worked hard to ensure that other countries do not acquire the same powers. The importance of being a nuclear power is so great, and rightfully so, that such power wielded lightly or without grave reasons, may annihilate the entire mankind and perhaps wipe out the entire planet earth and put it in to a nuclear ice age. In some ways, history of the world over last 70 years was largely about nuclear stalemate and nuclear power acquisition by different countries. Nuclear haves and have nots are clearly different in the current world order. Nuclear Wanabes like India are trying to break in to the club of Nuclear haves for several decades now.

A similar situation, to an extent has now arose in 2020. There are powers that understand workings, controlling and manufacturing of the bio weapons which come with similar promise or worse of nuclear bombs. Without making a noise, the bio weapons can kill in millions and billions. Without firing a single bomb or a bullet, a war can be won or a demonstration can be held for every one to see that a new powerful weapon has now been developed. Many more different types of similar viruses and many other types of bio weapons can be developed, stored and used when required or necessary.

Every society, every country worth its salt, will now have to participate, even without their willingness, in this new bio weapon race that has come up on the mankind. Societies and countries - or a group of countries will have to develop their own new age bio weapons and also anti dote to be able to just survive. It will be minimum condition for the countries and societies to survive, stay independent and not be subjugated or annihilated.

A new war of invisible type is now going on against the mankind. Each country will have to select its side. But more importantly, develop its one offense and defensive frameworks. It is not a choice any longer. It is a compulsion. Is our country ready ? The old world order is going to transform itself in the best case scenario. UN, world bank, IMF, WTO, UNCTAD, G 7, G 20 etc have become less relevant in the new new world with Corona Covid 19. The new alignments and world order is going to get created. Where will we be? Not taking sides is also not a choice. We will have play our cards well. We missed out the bus post independence. This time, we shouldn’t. We must take on the challenges and work to be counted. Or risk being annihilated forever.

PS.
Invention and large scale production of Penicillin after world war 2 and subsequent other anti biotic and other medicines helped the world multiply its population by 3 to 4 times within 70 to 80 years of its mass production. Penicillin was perhaps the most responsible invention which allowed mankind to proliferate so much over last 70 years since it started getting manufactured. It was a triumph of science and technology over nature and human stupidity. The new corona Covid 19 has shown that the golden era of anti biotic has come to an end. We need newer thinking. Newer ways of doing. Newer directions. Newer brains. Newer commitments. Newer resolve.

The Author of this article is Mr. Ashishkumar Chauhan, MD & CEO, BSE

Disclaimer – Views expressed are personal of the author.