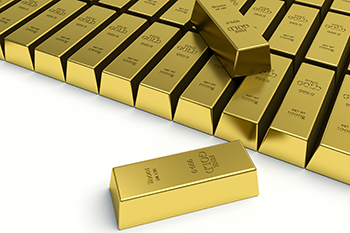 After touching 7 year highs of $1690/ounce in February driven by the threat of a Covid-19 pandemic, gold ended the month much lower at $1610 levels, still clocking gains of 1.62% for the month. The fall in gold prices at the end of the month alongside fall in risk assets despite the risk of the contagion increasing may be puzzling. But we have seen a similar trend unfold in 2008 when a sharp fall in risk assets like equities triggered margin calls and gold was sold by market participants to fund their margin requirements. When there is a sharp fall in asset markets, you can only sell what is “liquid” and “profitable” and hence gold met a temporary sell off this time too. But as we have seen before, with the crisis aggravating, demand for gold is expected to dominate any selling pressures, pulling prices higher.

Sure, you can try and virus-proof yourself with masks, but panic-proofing your money from the coronavirus impact on financial markets isn’t going to be as easy.

The number of cases worldwide has topped 80,000 and the disease has claimed 3000 lives. The spread of the illness outside of Chinese borders to 65 countries including South Korea, Europe and the Middle East raises the risk of it turning into a pandemic and is threatening to disrupt the already fragile global economic recovery. With health officials in the US just recently warning Americans to brace for the "inevitable" spread of the disease to their shores, 8 US states now stand affected.

If along with the second largest economy of the world, a large economic region like the European Union gets infected by the virus, it could mean further trouble for the global economy. In a region like Europe where people move freely between countries, chances of the illness spiraling into an epidemic are higher. Adding to anxiety, China has now allowed non-residents of Wuhan to leave the coronavirus center further flagging concerns about the global spreading of the illness.

The PMI for China's manufacturing sector stood at 35.7 in February, down from 50 in January which is a 15 year low and even lower than its 38.8 figure during the Global Financial Crisis. As expected, a slowdown in China is having ripple effects across the globe. Hong Kong is heading for its first back-to-back annual recessions on record, as the coronavirus shutdown cripples an economy already weighed down by months of protests. Preliminary estimates show that Japans GDP shrank an annualized 6.3% in the October-December period. There's a pretty good chance the economy will suffer another contraction in January-March due to the disruption from the epidemic. These two straight quarters of decline could push Japan into recession. The economic activity in the US manufacturing sector in February is expected to expand at a softer pace than it did in January with the IHS Markit's flash Manufacturing PMI dropping to 50.8 from 51.9 in January. Additionally, at 49.4 the Services PMI recorded its lowest reading in more than six years, a sign of contraction.

Markets are trying to gauge the impact of a coronavirus-led slowdown in 2020 as conditions continue to deteriorate. Brent crude has tumbled to multi-month lows. Global equity markets are nervous, even witnessing their worst week since the 2008 financial crash with $5 trillion wiped off, as investors worry about the financial impact on companies from the pandemic. Companies like Microsoft, Apple, and Standard Chartered are just a few of the many companies that have warned of a hit to global revenues. Pharma, tourism, aviation and luxury goods sectors have been hit significantly. The risk-off sentiment is driving demand for gold as well as for havens including the Yen and Treasuries.

Every other major economy from Japan to Germany to Australia is experiencing a shift towards negative yields as the virus takes a toll on their equity markets and drives investors to bonds. However, very low rates mean there is little room to maneuver if economic conditions get worse, making the world economy very vulnerable.

The US 3-month and 10-year Treasury bond yield curve has inverted again. This is the deepest inversion since last October and the third in the last few months. This suggests that investors are extremely worried about the economic growth outlook and are stocking up on US treasuries as a safety measure to hedge their equity holdings. Similarly gold too is in demand to brace for the upcoming contraction.

It is notable though that both U.S. dollar index and gold have been rallying in tandem since last year, which is a rare occurrence due to their normally inverse relation. There have been only two other such periods since 2000 – 2006 and 2010. In both cases, economic uncertainties as well as aggressive monetary easing were bullish for gold. Cut to 2020 and the economic fallout from the coronavirus, which is expected to lead to more global central bank stimulus, can be supportive of further upside in gold in the near to medium term.

Markets had initially hoped that the virus would be confined to China. But that hope has been shattered and now replaced with another - that central banks will throw money at the virus and “rescue” the economy and markets.

Hence markets are expecting further accommodation in form of rate cuts and liquidity infusion. China has announced various monetary stimulus policies to stem the impact of the virus on its economy, including a move to cut rates on one-year loans to support the banking sector, adding a net 150 billion yuan ($21.7 billion) into money markets and directing banks to lend more and not call in loans to companies in Hubei and other affected regions. With the surge of cases in Europe, investors are also pricing in an increased chance the European Central Bank will cut interest rates sooner rather than later amid fears that the coronavirus may hit the euro zone economy hard. Central banks are planning a coordinated and concerted effort to shield financial markets from the draconian impact of the coronavirus on the economy.

Unfortunately, the world will have to learn the hard way that central banks and their unbounded monetary stimulus cannot cure the real economy from the coronavirus disease, but can only temporarily provide relief by injecting liquidity into asset markets. This only furthers the fundamental disconnect because easy money does not address the demand and supply side disruptions caused by the pandemic. Instead it will lead to buildup of financial vulnerabilities in the form of stretched asset valuations and rising debt levels.

In conclusion, there are many unknowns relating to the coronavirus threat and thus markets will remain anxious till the rate of coronavirus infection does not abate. And as the world economy battles with this uncertainty, global investment demand for gold is expected to be robust in spite of consumption demand taking a hit thanks to the world’s largest gold consumer being down with a fever.

And even if the outbreak is quickly contained and the economic damage turns out to be short-lived, medium- and long-term macroeconomic trends that have been in place before the coronavirus outbreak, are likely to remain intact. With more and more government bonds trading with negative yields and major central banks expected to remain accommodative throughout 2020 to counter the dreaded slowdown, gold is likely to continue benefitting. Equities on the other hand are expected to remain volatile as they react to conflicting forces of central bank injected cheap liquidity and weak economic fundamentals. Similarly, underlying currents of trade wars that have calmed for now, but threaten global growth, will also reemerge.

Thus, given the short term and long term macroeconomic picture, gold will be a useful portfolio diversification tool and thereby helping you to reduce overall portfolio risk. We suggest an allocation of between 10-15% of one’s portfolio.  Investors could use any corrections as an opportunity to add more gold to their portfolio or ideally keep allocating to gold in a systematic manner.

Disclaimer, Statutory Details & Risk Factors: The views expressed here in this article / video are for general information and reading purpose only and do not constitute any guidelines and recommendations on any course of action to be followed by the reader. Quantum AMC / Quantum Mutual Fund is not guaranteeing / offering / communicating any indicative yield on investments made in the scheme(s). The views are not meant to serve as a professional guide / investment advice / intended to be an offer or solicitation for the purchase or sale of any financial product or instrument or mutual fund units for the reader. The article has been prepared on the basis of publicly available information, internally developed data and other sources believed to be reliable. Whilst no action has been solicited based upon the information provided herein, due care has been taken to ensure that the facts are accurate and views given are fair and reasonable as on date. Readers of this article should rely on information/data arising out of their own investigations and advised to seek independent professional advice and arrive at an informed decision before making any investments.