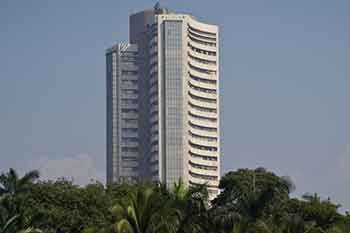 BSE, Asia’s oldest exchange and now world’s fastest exchange with the speed of 6 microseconds, hit a record high of Rs73cr in Guar seed futures contract with a market share of 36% as on February 12, 2019.  The total turnover of Guar seed March futures contract in the three trading sessions since launch is Rs192cr with Open Interest of 2450 MT.

Commenting on the record turnover, Ashishkumar Chauhan, MD & CEO, BSE said, “We are happy and thankful to have received a very welcoming and warm response from agri commodities community in the first week, as Guar contracts are our first set of contracts launched in agri commodities. We hope to launch many more contracts in the near future, including Cotton contracts next week for which we have already received Sebi approval. We hope to build on this success in the entire gamut of commodities, agri and non agri commodities in 2019.”

Trading in Guar seed futures contract is witnessing higher turnover and market share in its first week of launch itself. BSE is taking special initiatives to promote trading interest in agriculture commodities. The advanced technology and lowest transaction cost are enabling the volumes to surge, which in turn will facilitate BSE to emerge as market leader in the commodities segment.