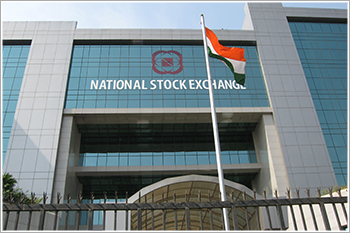 On the global front, China's Shanghai Composite index closed marginally down and Hang Seng up 0.15%.

A total of 33 stock registered a fresh 52-week high in trades today, whereas 19 stocks touched a new 52-week low on the NSE.

Some buying activity is seen in metal, utilities, basic materials, telecom, auto and power sector, while IT, banking and pharma are showing weakness on BSE.

A total of 26 stocks registered a fresh 52-week high in trades today, while 18 stocks touched a new 52-week low on the NSE.


Bharat Forge slumped 4.7% to Rs.791 after the company said its north American class 8 truck orders down 37% from a year ago to 15,800 units. Class 8 trucks contributed 20 percent to total revenue of Bharat Forge.

RPG Life Sciences jumped 6.5% to Rs.248.60 on BSE. The company has received GMP Certificate from Bavarian Authority, a competent authority in Germany, as per EUGMP standards for its formulation manufacturing facility in Gujarat.

Delta Corp Ltd stock was higher by 6% at Rs. 74. The company has announced that the Government of Goa has granted permission to Delta Pleasure Cruise Company Private Limited, a wholly owned subsidiary of Delta to operate their vessel "M V ROYALE FLOTEL" in Mandovi River till an alternate feasible site is finalized by the Government or till March 31, 2017 whichever is earlier.

Tata Steel Ltd stock was higher by 3% at Rs. 320.Workers at Jaguar Land Rover (JLR) warned Tata Group Chairman against a ‘fire sale’ of its UK steel business, saying that it wasn’t the responsible thing to do.

ABG Shipyard Ltd has announced that a meeting of the Board of Directors of the Company will be held on April 08, 2016, to discuss general corporate issues, strategy for induction of Strategic Investor / Partner and authorize Monitoring Institution on behalf of CDR Lenders to appoint Investment Banker to identify a Strategic Investor / Partner etc. The stock is currently trading at Rs. 50, up by Rs. 2.05 or 4.28% from its previous closing of Rs. 47.95 on the BSE.

Talwalkars Better Value Fitness zoomed 5% to Rs.209.30 on BSE.  The company announced the launch of 33 Zorba - renaissance studios in 25 cities in India. Within four month of sealing their partnership, the Company has expanded the Zorba footprint in the yoga and wellness segment.