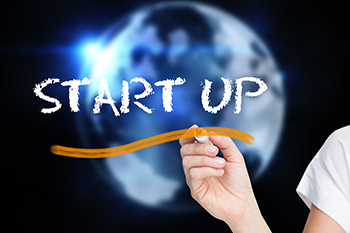 PM Modi’s initiative will not just ascertain stability but also long term planning for sustainable startup India this year and beyond.

India is witnessing an epochal period in its history right now: economically, socially, and industrially. Old regimes are being dismissed, and a new order is taking precedence in every domain. The world is looking at us with a hope: A country, with over a billion populace, will be the engine of growth for the global economy in the next few decades.

“Liberal economic policies relating to taxes and foreign investment proposals will redefine the dynamics of startup India. PM Modi’s initiative will not just ascertain stability but also long term planning for sustainable startup India this year and beyond. We at Shoogloo believe in delivering pure performance and see the same being initiated by our PM for the nation,” says LD Sharma,Group Vice Chairman, Shoogloo.

As the post-liberalization generation of India gained maturity, coupled with the advent of internet services in the country, people have realized that traditional “jobs” are not the only means of survival. They can do something of their own and add more worth to themselves as well as the society at large, than by merely treading on the same path that their previous generation walked upon.

It is due to this new approach in ideas, that we are witnessing a boom in the startup culture in India. NASSCOM’s India Start-up Report 2014 highlighted that India has the 3rd largest base in the world for start-ups, with nearly 3100 of them operating in the country. Nearly 1000 new ones get added to the pool annually and it is expected that by 2020, there would be 11500 startups employing 2,50,000 people. Hyper-growth, capital availability and acquisitions are the leading drivers of the growing startup ecosystem in India. Indian start-ups today are well positioned to address the entire Asian market opportunity and also expand beyond the US and European region.

Almost every day, there’s news of some start-up company raising handsome funds in winsome rounds. It is estimated that in the first quarter of 2015, Indian start-ups raised nearly $1.7bn from investors. When compared to last year’s data of the corresponding period, there’s nearly a 300% jump in the amount raised. The sectors that have attracted major chunk of the funding include mobile, e-commerce and consumer web verticals.

The valuations of some of the start-ups in India have been eye-popping, to say the least. India is home to eight Unicorns, a term used for start-ups having valuation of more than $1billion. Zomato is valued for nearly $1billion, while Snapdeal has been valued $5 billion. Institutional and strategic investors like Tiger Global (TG), venture funds like Helion Ventures and Venture Capitalists (VC) such as Accel Ventures have been very aggressive in the Indian start-up ecosystem, with TG alone having investments in 17 companies in 2015, with investing in rounds totaling $1billion. Accel, one of the biggest VCs in Indian start-ups, has raised its largest funding round in March 2015, which is 30% larger than the past three cumulative rounds. Surely, with truckloads of money available with the investors, fledgling companies are magically reaching valuations in seven and eight figures.

In theory, everything is perfect. However, in reality, there are a lot of challenges faced by start-ups in India. The general ease of doing business in India is not yet in place. The pace at which start-ups operate is very fast whereas government processes are lengthy and often take a long time for clearance formalities and paperwork.

Here is where 'Start Up India, Stand Up India' begins to take shape. It can be a catalyst to initiate a new working model in the country, where seamless integration exists between private investors and state regulations.