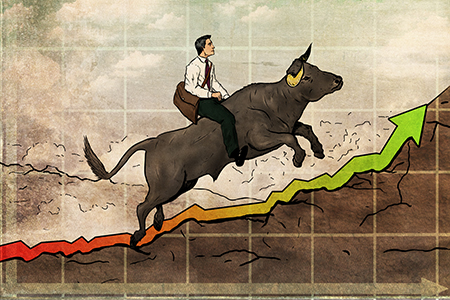 Quote, stuffing is one such set of smaller activities that affect the overall market movement in the short term and leave a lasting effect on the market.

What is quote stuffing?
Quote, stuffing means flooding the market with a large number of orders and withdrawing it immediately. The competitors take time to process these orders and the traders earn profit out of this frenzy. The trader stuffs the market with a pipeline of orders that affects the bid or ask price which may cause some errors in the exchange systems.

The concept of quote stuffing was first introduced by Eric Scott Hunsader, founder of a finance company called Nanex. Quote stuffing is primarily a market manipulation tactic, banned in the US and almost in every country. Strict rules like the number of orders placed per second or minimum time frame after which a trader can cancel the order were passed to protect investor sentiment.

Traders involved in the activity of quote stuffing are called high-frequency traders. It is also referred to as spoofing in India. This high-frequency trading is enabled through technologically set algorithms that allow capitalizing on the minor market movements before anyone notices it.

SEBI has strengthened the rules for quote stuffing. Effective from April 5, 2021, it was declared to ban the accounts involved in such activities for days based on the extent of the violation. Quote stuffing and high-frequency trading is the game of market makers and institutional traders who have links inside the stock exchange. The high-frequency trading software demands high-end technology, which signifies that it is relatively a newer concept in the market.

Quote stuffing and securities regulator
Quote, stuffing has severely impacted the stock market in the past. It was considered as a primary reason for the 2010 flash crash which crashed the Dow Jones Industrial Average by 1000 points in just a few minutes.

In the US, the Stock Exchange Commission (SEC), the Commodities and Futures Trading Commission (CFTC), and the Financial Industry Regulatory Authority (FINRA) have imposed fines on quote stuffing for the violation of stock exchange rules.

It considers metrics like order to trade ratio in terms of value, modifications in trade, and other factors. Based on these parameters, SEBI decides the extent of the violation and bars the account from trading accordingly.

Quote stuffing and arbitrage
Arbitrage trading strategy is used to gain profits from minor differences in the prices of stock listed on different exchanges. For example, ABC stock that is priced at Rs 100.50 in the NSE is valued at Rs 101 in the BSE. This minor disparity in trading combined with a high volume of shares purchased or sold leads to profitable returns. A trader buys from a stock exchange with low prices and sells it in another exchange with higher prices. However, the price differences are consistently minute and fractional.

High-frequency traders create more price differences in the exchanges by quote stuffing. The trading algorithms place multiple orders in seconds and cancel them immediately. Due to latency in data feeds as a result of huge amounts of orders, there is a time discrepancy in which the price changes and the trader earns profit out of this activity.

Final Words
Quote, stuffing is an illegal market trading activity that aims at manipulating the market movement based on certain algorithmic trading tools to gain profits by creating a discrepancy in the market. Therefore, as an investor, it is important to invest right and keep away from such activities.

FAQs
Q1. Is quote stuffing legal?
Ans. Quote, stuffing can take place through high-frequency trading software only. According to NASDAQ, the trading algorithms are not illegal in itself, but the activities carried out using such software that manipulates the market is illegal. It is also scrutinized by market regulators and penalizes those traders who violate the rules.