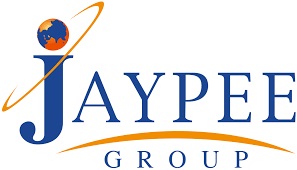 India Infrastructure Finance Company Ltd (IIFC), the second largest lender to Jaypee Infratech Ltd (Jaypee), is unhappy with the bids received for the company and has conveyed the same to IDBI, the biggest lender to Jaypee, media reports suggested.
IIFC believes that the bids received for Jaypee’s assets were much lower than the actual value of its assets. Moreover, the bids were also lower than the amount Jaypee was offering its lenders. Reports suggested that two bidders i.e. Lakshadweep Pvt Ltd and Adani Group have emerged as frontrunners of the deal.

Lakshadweep Pvt Ltd has made a Rs7,350cr offer, where it will make an upfront payment of Rs1,200cr to banks. It has marked Rs4,000cr against the same of land and another Rs2,000cr to be converted into long-term non-convertible debentures. There is also an option of a small equity stake to be offered to lenders.The Adani Group has offered Rs1,200cr in cash, Rs3,500cr of land parcel and Rs3,000cr of backdated instruments whose net present value is Rs500cr to Rs1,000cr.

This is far less than what Jaypee offered to pay-up to lenders. Jaypee’s offer to the lenders had included 10% per annum interest on Rs3,140cr of sustainable debt and giving away 448 acres against Rs2,340cr of debt as well as an issuance of optionally convertible debentures and conversion of debt into equity. The total valuation of Jaypee is seen not less than Rs16,000cr. Jaypee’s offer still remains the best among all bids received and the Supreme Court has left the decision to the Committee of creditors.