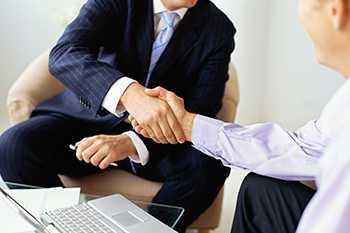 Thomson Reuters says corporations continue to drive innovation, Academia and Government contribute around 20% to the total patent activity in India .

The Intellectual Property (IP) & Science business of Thomson Reuters, the world's leading source of intelligent information for businesses and professionals, launched its 2015 India Innovation Report today. The report outlines trends in innovation in Indian industry, academia and government based on patent publishing activity. Apart from the findings of the report, the 2015 Thomson Reuters India Innovation Awards along with Top 50 Indian innovators were also announced.

Arvind Pachhapur, South Asia Head of IP & Science and Legal Business, Thomson Reuters, while launching the report, said “Globally, innovation is recognized by governments and corporations alike as the fundamental driver of economic and business growth. In India, however, the links between innovation in industry, academia and government is still in a nascent stage,” adding, “for enhanced collaboration between corporate, academia and government, a deeper understanding of the technology landscape and convergence of the respective focus areas is critical.”

Sharing his observations on the growing collaborative innovation ecosystem, Dr. R. Chidambaram, Principal Scientific Advisor to Government of India, said, “The key components of an excellent research and innovation ecosystem are talent, the high quality of faculty, adequate funding, strong infrastructure, an appetite for risk taking and collaboration in research.”

The analysis shows that innovation in India, as measured by the number of patents, has been rising. The innovation volume is driven strongly by industry (government and private corporations) and the presence of research and development (R&D) centers of various multinational corporations in India. In line with the Honorable Prime Minister Narendra Modi’s vision to transform India into a global manufacturing and innovation hub, the analysis acknowledges the significance of collaboration between industry, academia and government for innovation.

Here are some of the report’s key findings:

A major proportion of the top ten is occupied by the IT/Software and Electrical industry. Tata Consultancy Services (TCS) tops the list followed by Samsung India Software operations and Bharat Heavy Electricals (BHEL) - the only central public sector enterprise to feature in the top 10 Corporate segment list.

Council of Scientific and Industrial Research (CSIR) leads with almost half the total volume of patents published in the top ten list of the Academia & Government segment followed by Defence Research and Development Organization (DRDO) and Amity University.

Corporate funding of academic research has been on the rise both in India and globally as measured by number of scientific papers funded by corporations.

In addition to the findings of the report, the 2015 Thomson Reuters India Innovation Awards were also announced. The awards honour the most innovative academic institutions and commercial enterprises headquartered in India for their spirit of innovation in R&D as it relates to Indian patent publications.  The following six award winners were announced: