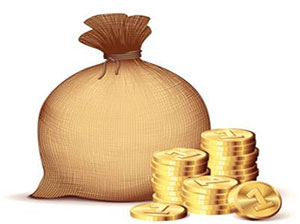 Domestic covered bond issuances have witnessed a sharp increase to about Rs2,220cr in FY2021 from the issuances of Rs400cr seen in the preceding fiscal. These bonds have been issued so far by non-banking financial corporations (NBFCs) – nine in FY2021 compared to two in FY2020. The domestic market for covered bonds is still in the nascent stages with the first issuance seen in FY2019.

This structured product, however, has been a well-accepted financing tool in the western markets, especially in Europe, for many decades and has also seen a growing popularity in some Asian countries such as Singapore and Japan.

As per an ICRA note, the covered bonds have seen improved acceptance in the Indian market mainly in H2 FY2021 as it provides a “dual recourse” benefit to the investor, i.e. the repayment obligation has to be met by the entity and in case of failure to do so, by a pool of assets assigned to a trust. Given the uncertainty on collections due to the pandemic, the protection available to an investor of a covered bond improves when compared with the conventional securitisation of the pool of assets.

Says Mr. Abhishek Dafria, Vice President and Group Head - Structured Finance Ratings at ICRA, “We have seen 12 NBFCs issue covered bonds in the domestic market so far with about 75% of such issuances done by entities having their credit ratings in the single A category. Through the covered bond structures, the entities are able to reduce the risks for the investors by providing an exclusive cover pool of assets assigned to a trust thereby helping them improve the credit rating on such covered bonds to double A or triple A rating categories. Issuers have benefitted from lower coupon rates on the covered bond issuances due to the higher rating with coupon reduction seen in the range of 0.5% ~ 1.25%. However, the coupon rates still remain higher than the benchmark yield for the enhanced rating category due to the new nature of the product and limited market size. We expect the premiums to gradually decline with increase in the size of the covered bond market through better stakeholder awareness and wider investor participation.”

A majority of the covered bond issuances (almost two-thirds) have been in the form of market-linked debentures so far. High net-worth individuals (HNIs) and family wealth offices have invested in many of the issuances. Covered bonds backed by security pool of gold loans and vehicle loans have found favour with investors, primarily due to secured nature of the underlying loans.

Adds Mr. Rachit Mehta, Assistant Vice President and Sector Head - Structured Finance Ratings, “For the covered bond market to witness any material increase, participation of other categories of investors would remain critical, such as mutual funds and insurance companies, who have the capacity to participate in large-size issuances. Covered bonds at present form a very small share of the total borrowings of the respective entities."

"However, if the issuances were to increase in the future such that covered bonds formed a meaningful share of the total borrowings, then the company’s ability to maintain the required security cover would remain important as failure to meet the security cover would result in a step-up on the coupon rate thereby negatively impacting the financial profile of the entity. ICRA has not observed any rating transitions yet in covered bond structures, given the limited vintage of such issuances in the domestic market,” Mr Rachit said.