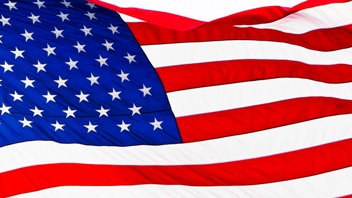 US Elections and how it will impact gold and stocks

The US economy with annual GDP in the vicinity of $21 trillion accounts for over 20% of global GDP. Here are five things that would interest the markets in the short to medium term.

Why the US still matters a lot to Indian markets
Benjamin Disraeli had once said, “There are three levels of untruths in the world; Lies, damned lies and statistics”. However, the statistics on the American economy tells a potent story. Consider these numbers. The US has emerged as India’s largest trading partner with annual trade value in excess of $90 billion, pipping China to the post. What is more important is that India runs a trade surplus with the US while it runs a massive trade deficit with China. The US economy with annual GDP in the vicinity of $21 trillion accounts for over 20% of global GDP.

It could boil down to the new President’s China policy

The strongly anti-China policy has surely made Trump popular in India. While Trump has threatened to tighten norms for H1-B visas and the issue is still in limbo, the impact of that move is likely to be limited. Most Indian IT companies are already focussed on a combination of local recruitments in the US and off-shoring. IT experts, including the likes of Gartner and Forrester, believe that the impact on the Indian IT business would be limited even assuming that the rules get really stringent.

For the US, the China story is a different ball game. There are more serious allegations pertaining to unfair trade practices, offering limited access to US companies, endangering security via espionage related activities and disrespecting intellectual property. This is where the US presidential election is likely to impact the China policy. If Trump returns to power, it would be seen as a vindication of his anti-China stand and he is likely to persist. That would give India another four years to build the requisite capabilities for the “Make in India” race.

Biden is known to adopt a softer policy with regard to China. However, in most of his pre-election speeches, Biden has avoided professing his liberal stance towards China for fear of losing the nationalistic vote. It is therefore presumed that even if Biden gets elected, the anti-China policy of the US may continue. Of course, for India, it would still prefer the return of Trump where there is a time tested dialogue.

What Indian markets will be watching in the US elections

Here are five things that would interest the markets in the short to medium term.

• The pharma industry would hope for a Biden victory since they believe that it would make life a lot simpler for Indian pharma companies. FDA restrictions may continue but Biden is likely to open up a lot more avenues for Pharma.

• For the IT industry, again, Biden would mean a more liberal approach to Indian IT companies. However, most IT companies are prepared for the eventuality of stringent H1-B regulations and the impact may be very limited.

• However, the counter view is also that Biden could also roll back tax cuts for American corporates and that would have an impact on tech spending by large BFSI players. In short, for IT this could be challenging both ways.

• What do the US elections mean for oil? It is no secret that Biden has not been a votary of fracking due to its environmental repercussions. If the amount of fracking is reduced, it could give the OPEC the right opportunity to curb supply and push up crude prices.

• Finally, what happens to gold? There are 3 scenarios likely. Firstly, if it is a split Congress, then the uncertainty over decision making is likely to drive investors towards gold as a safe haven. Trump’s return to the White House would also keep gold buoyant as it would mean that the trade war will continue to hit the world. However, if Biden is voted in, we could see gold prices actually correcting as a lot of the uncertainty may go out of the markets.

This is an extremely close electoral contest and while Biden has the press rooting for him, Trump still enjoys popular support. If Biden does manage an upset, it will be the first time since George Bush Senior that an American President does not return to office.